After holding the green jacket for a brief 143 days, Dustin Johnson’s reign was short but sweet… yet the World No 1 is the favourite to win the Masters again and become just the fourth player to successfully defend their Augusta crown

Given he waited so long to become the Masters champion, it seems positively unfair that Dustin Johnson should prove the briefest title-holder on record.

For just 143 days he held the honour he had first dreamed about growing up down the road in South Carolina, and all of those were Covid-governed.

Asked if he had any stories he could share about putting on the green jacket, the best he could come up with was wearing it during dinner at the club. 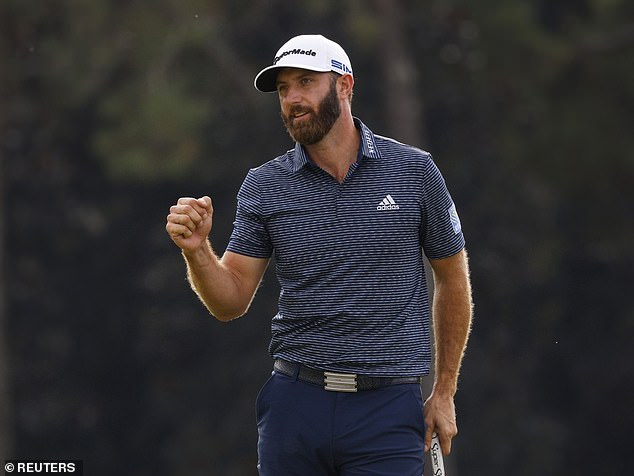 ‘I haven’t had it that long, and it’s not like we’ve been able to do a lot of things with the pandemic and all,’ he said.

Johnson was in the form of his life when he rocked up in Georgia last November, with five top-three finishes in his previous six starts. It showed, as he pummelled the field and posted a record 72-hole score of 20-under par.

He might be the favourite to complete a successful defence, befitting his status as world No 1, but he certainly will not have the benefit of such momentum this time.

After winning in Saudi Arabia in February, the 36-year-old has returned home and delivered three bang-ordinary performances in a row. He was spooked enough to file a late entry for the Texas Open last week, before changing his mind and settling for more practice at home.

‘I feel like my game is starting to come together,’ he said, without much conviction. ‘It’s maybe not in the same shape as it was in November but I’m getting a lot more comfortable over the ball.’

Only three players have defended successfully at the Masters and Johnson, who is nobody’s idea of a golf historian, left the press room gobsmacked by answering affirmatively that he knew who they were.

How does he rate his chances of joining Jack Nicklaus, Sir Nick Faldo and Tiger Woods? ‘It’s going to be tough, that’s for sure,’ he said. ‘I mean, when you’ve got a course where every hole can jump out and get you, and you’ve got to play four great rounds, it’s not surprising there’s been only the three of them.

‘I just want to play well enough to give myself a chance of joining them going into the back nine on Sunday.’

Johnson struggled when he began playing at the Masters, with no top-10 finishes in his first five tournaments. In his last five events, however, there have been nothing but top 10s as he got over the wow factor of Augusta and learned to cope with its wiles. 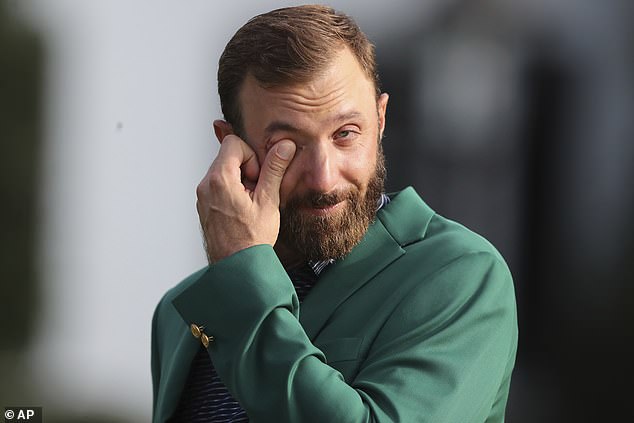 ‘I just started hitting it straighter,’ he said, rather leaving out the real reason for the drastic change, and the dramatic improvement in his wedge play.

Johnson might have been Masters champion for only five months but the great thing, of course, is that he gets to play in the tournament for as long as he wants.

What his close friend Brooks Koepka would give to join the club. Actually, we are getting a pretty good idea of what he would give by the fact he is still planning on stepping on to the first tee on Thursday.

The Bash Brothers might be the duo’s nickname but, in Koepka’s case, it is more like bashed-up. He is attempting to play just three weeks after surgery on a dislocated kneecap. 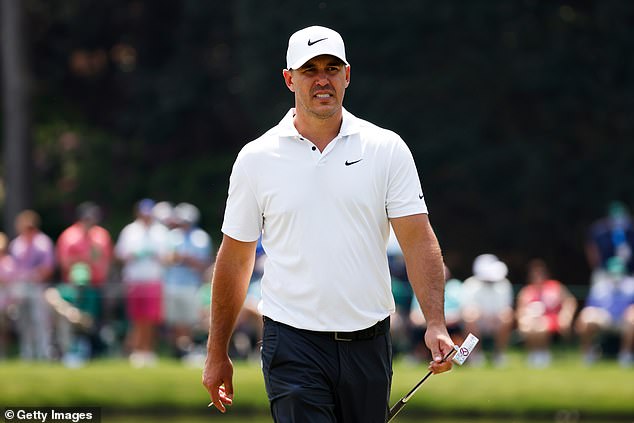 For his part, Koepka held his arms outstretched and said, plaintively: ‘What can you do? It’s the Masters. You gotta play.’

It is not often on the eve of recent majors that Koepka has had cause to envy Johnson but this might be one of them.