Bryson DeChambeau remains confident of driving the par-five sixth at Bay Hill, having wowed fans with a remarkable tee shot on the hole at the Arnold Palmer Invitational.

The US Open champion said in the build-up to the event that he could reach the green by taking an aggressive line over water, which would require at least a 345-yard carry, rather than the conventional route on the right-to-left bending hole.

DeChambeau failed to execute the tee shot during his practice round and elected not to take it on during the first two rounds, before delighting fans by using the driver on the hole during his third round. 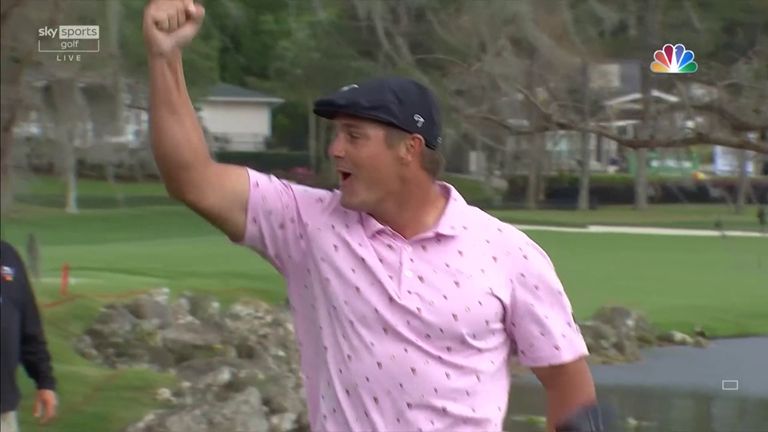 Although DeChambeau didn’t go for the green directly, he smashed a monster 370-yard drive over the water and threw both arms in the air as his ball ran through the fairway and into the rough.

DeChambeau finished less than 70 yards from the flag, allowing him to pitch to the front of the green and two-putt for birdie, with the world No 11 closing out a four-under 68 to sit just a shot behind Lee Westwood heading into the final round.

Another look at the line @B_DeChambeau took over the lake at No. 6.

“I felt like a kid again, for sure. It was exciting,” DeChambeau said. “Especially when you pull it off. It was almost like winning a tournament. I got the same chills and feeling when I saw it clear and there was no splash. I gave the fans what they wanted.

“If it’s downwind pumping pretty good [on Sunday] and the pin’s in a good location to do that I can definitely see myself going for the green or even closer to the green, trying to hit it in that greenside bunker.”

Westwood holds a narrow advantage after holing 30-footers on two of his last three holes to close out a seven-under 65, with the Englishman in pole position to claim a first PGA Tour title since 2010 and become the oldest international winner on the PGA Tour for more than 40 years.

“I’m looking forward to it,” Westwood said about being in contention. “If you would have said to me 20 years ago, will you still be top 50 in the world at 48, I might have been slightly sceptical. 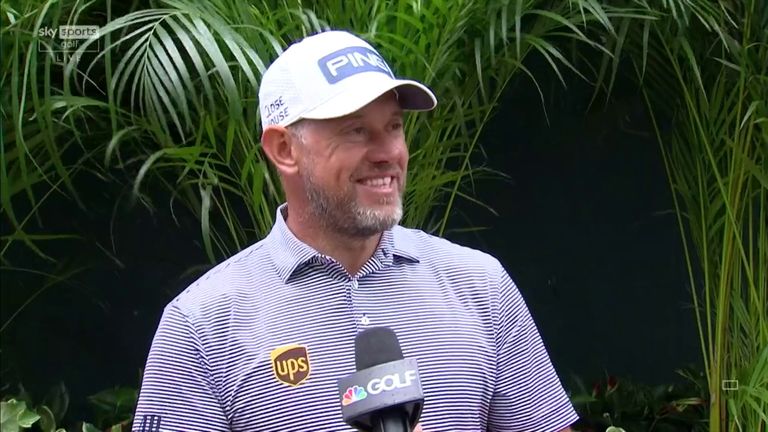 “It shows that I’m still capable of playing well in these tournaments with all the good young players around me and obviously contending, because that’s what I’m doing this week.”

Jordan Spieth heads into the final day two strokes off the pace, having made a hole-in-one at the par-three second and then played much of the round alone after Justin Rose’s withdrawal. 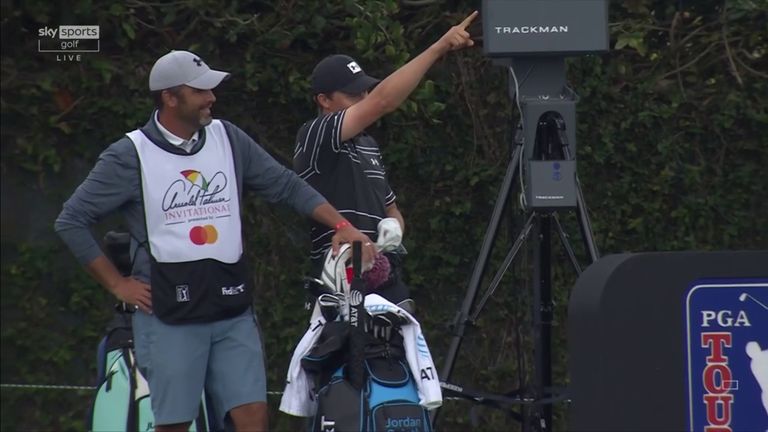 “What a dream start,” Spieth said. “Honestly, if you told me on the third tee that if I was to play the course one under from there with (windy, cool weather) forecasted, I would have signed up for it. I kind of leaked oil coming in today and didn’t swing the driver well.”

Who will win the Arnold Palmer Invitational? Live coverage begins on Sunday with Featured Groups from 1pm on Sky Sports Golf, ahead of full coverage from 5.30pm