WWE legend Randy Orton is confident he will be able to continue wrestling until his 50th birthday. Orton is one of the greatest professional wrestlers of all time and among the most celebrated veterans in the WWE roster today.

The Viper has won a staggering 13 world championships and has beaten some of the all-time best like Shawn Michaels, John Cena, The Undertaker and many more throughout his illustrious 18-year career.

And The Apex Predator, who turned 40 in April, is confident he can carry on competing at the top level for another 10 years just like his mentors Ric Flair, who retired in his late 50s, and Triple H, who regularly performed in his 40s.

The ex-WWE Champion credits his immense longevity to the fact that he has always focused on telling stories in the ring and putting together an atmosphere rather than pulling off high-risk moves that would cut his career short.

And he is now set to face another wrestling legend Edge at Backlash this Sunday at the Performance Center in Orlando, Florida in what has been dubbed as ‘The Greatest Wrestling Match Ever’.

Orton said during a conference call: “I’ve been doing this [for] 20 years and I’ll do it another decade. I just turned 40 and my plan would be to keep going until my 50th birthday. And I think that I would be able to do that.

“I’d be able to support my family for 30 years of wrestling under Vince McMahon because of the way that I tell stories in the ring.

“The facial expressions, the little transitional things that you do on the fly or you ad lib, so to speak, during the match. Those are the things that people remember.”

Orton claims that various young NXT stars aren’t abiding with his philosophy and risk cutting their careers short with the “trainwreck” matches, filled with high-flying and daredevil moves, that they put together every week.

The former World Heavyweight Champion admits that stars like Tomasso Ciampa, with whom he got into a Twitter spat following his recent criticism of NXT Take Over: In Your House, carry an impressive arsenal but is still worried when he watches them in actions and insists they should tone it down.

Orton added that there is very little storytelling in their fights and by the time the bell rings he has no memory of what went on inside the ring.

The heavyweight athlete suggested that this sort of mentality could end their careers and send them to work at McDonald’s, which is why he claims he may visit them during a training session one day and share some of his knowledge. 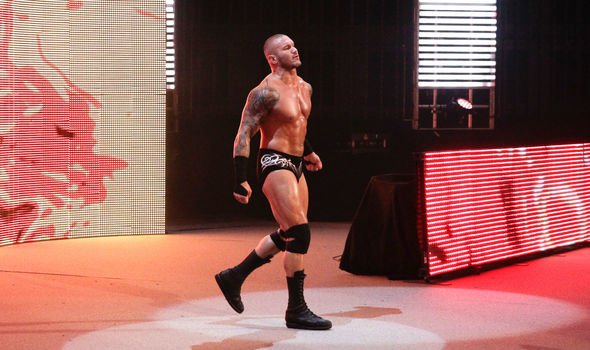 “But when it’s all said and done and the match was over, I couldn’t remember anything that happened because it was just movement, it was just big car crashes.

“And although it is highly physically impressive, and it’s something that I don’t think I would be able to do that style. A lot of the things these guys do, I’m not capable of doing.

“But they are going to have very short careers. And what I worry about for Ciampa, in particular, is with all these big injuries he’s had, and we’ve all had injuries, we all work hurt, we all wake up stiff after a good fight. But he needs to learn how to tell stories and slow it down and not think that the fans want to see him kill himself.

“A lot of these guys have kids. They are married. They have car payments and mortgages. And you know, when it comes down to it, this is a business. We all love what we do but we need to make money doing it.

“You can’t destroy your body and not make any money doing it and then end up working at McDonald’s because you never went to college and destroyed your neck in the ring.

“There has to be a purpose and the main purpose is getting paid. We love what we do,but you need to get paid for what you do.

“And to make it up to the main roster, to do these big shows and travel the world, the pay’s better. That’s my biggest concern for those guys in NXT. And I would love to go down there and share a little knowledge with them.”