WWE Chief Brand Officer Stephanie McMahon insists health and safety will always come first amid the outbreak of the coronavirus ahead of WrestleMania 36. WrestleMania is set to take place on April 5 at the Raymond James Stadium in Tampa, Florida but questions have risen as COVID-19, as the virus has become officially known, has spread in every continent bar Antarctica.

The health and safety of not only our fan base, but also our superstars, really does come first

More than 2,800 people have died worldwide as a result of coronavirus, the vast majority of which from mainland China where the virus first emerged, and a total of 83,000 global cases have been recorded.

Fans from more than 60 nations are expected to travel for Mania to watch the biggest superstars from RAW and SmackDown as well as a number of WWE legends carving out or extending their own legacy in the ring.

McMahon insists that health and safety will be the wrestling giants’ top priority ahead of the Show of Shows no matter the cost.

There are now 62 confirmed cases of coronavirus in the US, according to the US Centers for Disease Control and Prevention, but WrestleMania is currently scheduled to go ahead as planned. 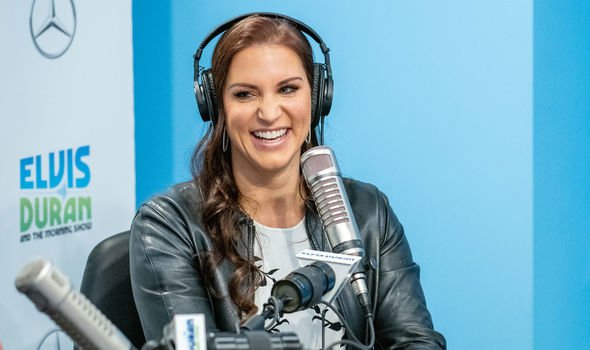 McMahon told the Tampa Bay Times: “The health and safety of not only our fan base, but also our superstars, really does come first.

“We don’t want to put anyone in a bad situation ever, regardless of the circumstance. Those are not risks worth taking.”

WWE executive vice president of special events John Saboor added that the wrestling giants are constantly monitoring global events as they are always on the road putting together shows all around the world.

Saboor admitted that talks are still ongoing about various matters the company needs to consider ahead of WrestleMania.

He said: “Given the number of live events that [WWE] does, it’s constantly monitoring global events.

“There are active and ongoing discussions at play internally, like there are in any sector of American business, and certainly families as a whole. So I think those will continue.

“We’re spending a lot of time in the last 36 days messaging fans who are coming, talking about the attributes of not only what WrestleMania week has to offer, but what Tampa Bay as a destination has to offer.”

Rob Higgins, executive director of the Tampa Bay Sports Commission, added that his group is working with the Hillsborough County Aviation Authority and Tampa International Airport to ensure the fans’ safety is protected in the weeks leading up to WrestleMania.

“Thirty-six days is a long time, so it’s hard to predict. I think we just continue to information gather as much as possible, so that we are as prepared as possible.”

The UK has so far recorded 20 cases of coronavirus and a British man, who was quarantined on a cruise ship in Japan, has been confirmed dead.

WWE continue to carry out their schedule as normal as they staged Super ShowDown in Saudi Arabia on Thursday.