Josh Warrington admits he was ashamed to be seen in public after his shock defeat by a relatively unknown boxer, as he attempts to rescue his career on Saturday in the full glare of a 20,000 crowd.

Warrington, the first fighter from Leeds to win a world title, has home advantage for his rematch against Mexican Mauricio Lara at the Emerald Headingley Stadium, where the scrutiny will be as anxious as the support vociferous.

Whether that cauldron will be boiling enough to discourage Lara seems unlikely, since he was just as far from his home when he came to Wembley Arena seven months ago and inflicted the two knock-down stoppages which ended the Leeds Warrior’s unbeaten record. 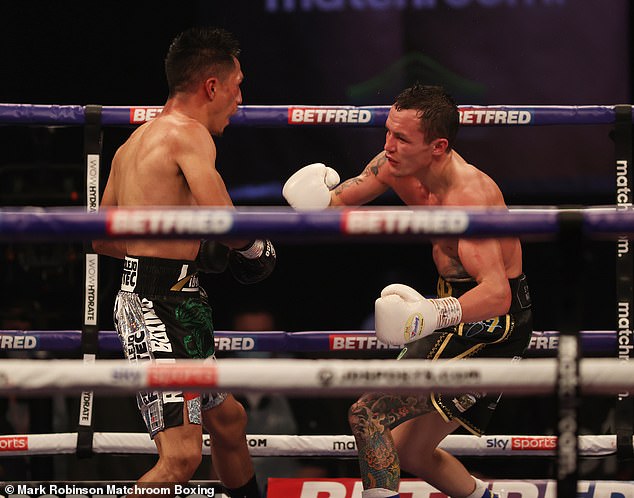 So Warrington is looking to find inspiration from within himself, not just the surroundings, as he strives to reverse that calamity in what was supposed to be a warm-up fight.

He lists his reasons for losing as: ‘Taking the opponent for granted, a bunch of injuries affecting my training, never starting a fight so slowly, not being used to the Covid bubble or the absence of fans that night.’ Then he adds: ‘None of that is going to happen again.’

He knows if it does, at 30, he faces a long climb back to the summit.

But Lara warns: ‘I knew I could beat him then. Proving myself right has given me even more belief I will destroy him again. I will be the one going to world title fights.’ 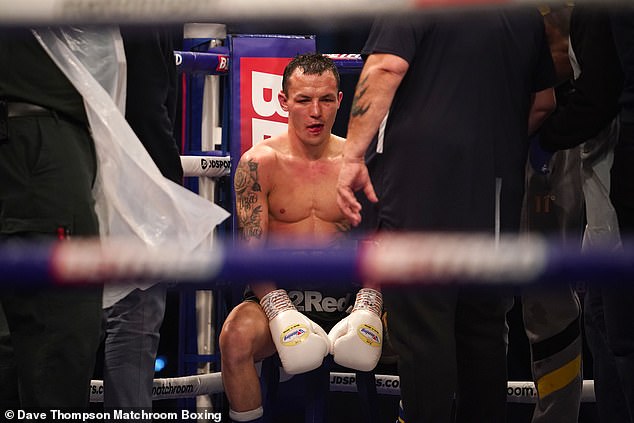 Warrington recalls a conversation with Anthony Joshua about how he came back from his astonishing defeat by Mexico’s Andy Ruiz Jnr to regain his titles in the rematch. He says: ‘AJ told me he had the same depression after losing.

‘Wondering whether to get back on the horse or give up the game altogether. I felt too embarrassed to go out of my house — so down that I couldn’t even clear up our dog’s mess in the back garden. But I’ll be a different man in this fight.’

The fear of being cast into the boxing wilderness may well provide an even more powerful driving force than his fans. Hopefully, that combination will be enough for Warrington to dig his way out of a hole partly of his own making.

Watch Lara vs. Warrington 2 live on DAZN – sign up now