Tyson Fury has left boxing fans scratching their heads after posting a picture of a cryptic bible verse, ‘Joshua 1:9’, with many onlookers suggesting it could be a reference to his highly hinted showdown with Anthony Joshua. The two heavyweights are expected to face off in Cardiff on December 3 in one of the biggest moments in British boxing history. Personal terms are believed to be agreed with just the final announcement still to come.

The two fighters have exchanged public messages on Twitter over the past month with a view to organising a bout. It had been originally believed that Fury would take on Oleksandr Usyk after the Ukrainian comfortably beat Joshua in August. However, the ‘Gypsy King’s’ camp were thought to be unhappy with how long negotiations were taking, turning their attention to his countryman instead.

The fight should take place before the end of the year with proceeds from the fight going 60/40 in Fury’s favour, given he has put his WBC belt at risk. A rematch clause is also said to have been written into the contract giving boxing fans something to look forward to over a longer period of time should all the details be confirmed.

Now, Fury has sent the rumour mill into overdrive after posting a picture of a bible verse ‘Joshua 1:9’ on Twitter. Fans have been left somewhat perplexed with many questioning if it could be a strong hint that their fight will go ahead.

JUST IN: Tommy Fury branded ‘a wasteman’ after latest fight falls through

The verse read: “Have I not commanded you? Be strong and Courageous. Do not be afraid; do not be discouraged, for the lord of God will be with you everywhere you go. Joshua 1:9”

It is not really known what Fury meant by the post, whether it was a sincere message from the bible or a hint towards his rival Joshua. However, he captioned the post: “All praise be to God. In Jesus name. Even in your hardest times god is with you, whatever your going through in your life now is the time to invite god in to your life. if we knock the door it will be answered, if we seek we will find, if we ask we shall receive.” 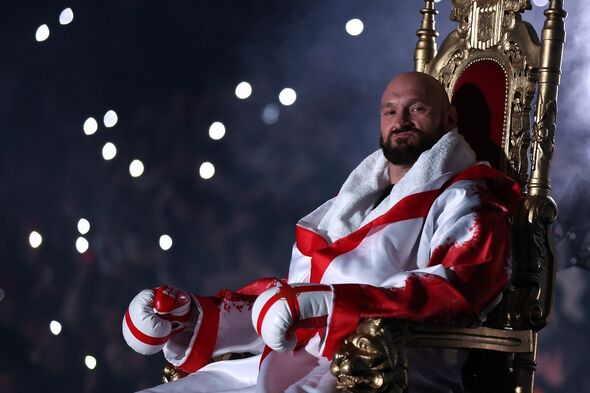 Boxing fans will continue to monitor the post with interest as they await confirmation of Fury’s bout with Joshua. It remains to be seen whether or not the fight will officially go ahead and if the Twitter post was really a hint toward an upcoming fight.