The Undertaker has hit out at the WWE for forgetting to include his wife and former wrestler Michelle McCool on their Greatest Women list, made to honour Women’s History Month. McCool spent seven years overall with the WWE and became the first ever Divas Champion.

In 2010, McCool also became the first in WWE history to become the only WWE unified Divas Champion, after winning the Women’s Championship.

The Undertaker married McCool in 2010, when the two were performing together under the WWE banner.

And in 2011, McCool decided to retire, but she has since made sporadic appearances at big events for the WWE.

But the huge wrestling promotion couldn’t find room for her on their ‘Greatest Women’ list.

WWE originally posted a list with the caption: “In honor of #WomensHistoryMonth, look at some of the greatest women to capture a championship in @WWE and #WWENXT.”

But McCool wasn’t happy with the fact that she wasn’t on the list produced by WWE writers.

She replied to it: “Real talk-when you’ve put up w/ more in the past than anyone would believe(simply b/c I’m the @undertaker wife)have rarely been mentioned for making ANY contribution to the “women’s revolution”.

They wrote: “We’ve made some prettyupdates to this #WomensHistoryMonth gallery. 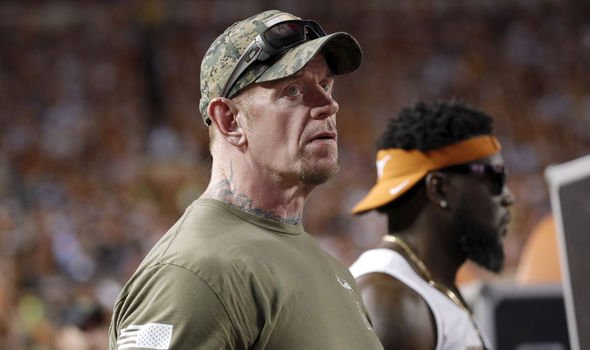 But that’s when The Undertaker hit back with a rebuttal of his own.

“Too little too late…unbelievable!!” he wrote.

Taker previously hadn’t tweeted since September 2019, when he tweeted about being honoured at Madison Square Garden.

McCool wasn’t done there, though, as she followed up with some more criticism for WWE despite her inclusion on the list.

She said: “Real talk. I 100% believe THIS “cool” update to the @wwe gallery was because of me speaking out with #undertakerswife hashtag (& whoever runs the acct doesn’t want to upset him)