‘Where did you find that Khabib was the first Russian UFC champion?’: Oleg Taktarov hits out at ‘fools’ overlooking his win during early days of organisation and reignites feud with Nurmagomedov’s father

Oleg Taktarov hit out at ‘fools’ claiming Khabib Nurmagomedov to be the UFC’s first Russian champion and reignited a feud with the MMA superstar’s father.

The ‘Eagle’ is reigning lightweight king and remains unbeaten in the octagon but Taktarov believes some, including Khabib’s father Abdulmanap, have tried to re-write the history books.

In 1995, Taktarov won an eight-man heavyweight tournament on the same day at UFC 6, an achievement that he feels has been deliberately overlooked. 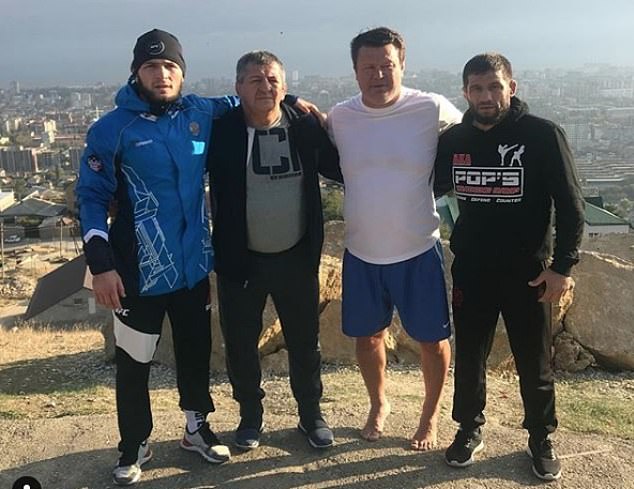 ‘Where did you find that Khabib was the first Russian champion?’ he raged in an Instagram live chat.

He went on to add that he ‘won the sixth title’ in a story that ‘cannot be rewritten, no matter how much you would like’.

Taktarov then went on to say: ‘If one Wahhabi from the Tsumadinsky district called himself the first champion, then why do all the fools believe it? [Khabib] himself doesn’t repeat such a thing, but you repeat it like monkeys.’

And his tirade against Abdulmanap continued: ‘He is like a great magician, getting rid of the achievement.

‘He says that technically I’m not the first and I should be forgotten, wiped from history,’ he said. ‘How can you ever say this?’

Taktarov has clashed with Abdulmanap in the past and Khabib’s father trained him for a period during his career.

The former heavyweight said Khabib’s father made him a fighter with a ‘cautious gene’. He went on to call the Dagestani ‘a typical highlander’, adding: ‘When the army comes, they hide somewhere.’

The dispute between the Nurmagomedov’s and Taktarov appeared to have been put to bed when they previously went on a training trip together into the mountains.

But the latest comments have reopened old wounds. 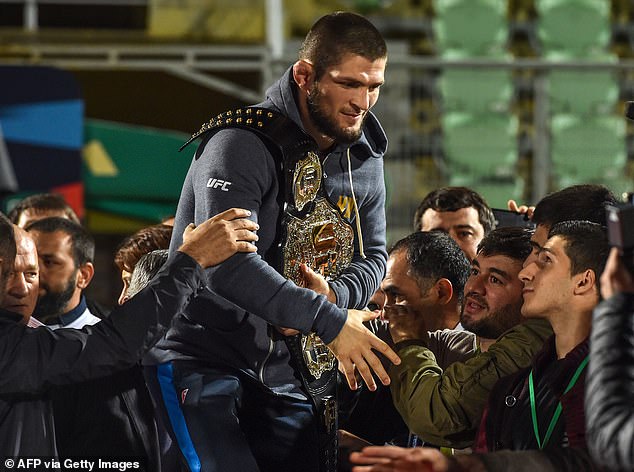 Abdulmanap previously offered his take on social media, writing: ‘You and your coach came to my place, had a good time and left. And now you want to bother [Khabib’s brother] Fedor, Khabib, and me.’

Khabib was due to fight Tony Ferguson at UFC 249 earlier this month but the coronavirus pandemic put a stop to those plans.

He is likely to face ‘El Cucuy’ when the organisation can return to some normality in the coming months.