Derek Chisora met up with Tyson Fury’s trainer SugarHill Steward in Saudi Arabia – and wanted to know when the Manchester-born fighter would be back in the ring.

With much of the boxing world gathered in one place ahead of Anthony Joshua against Oleksandr Usyk, it is no surprise that two leading names crossed paths.

The British boxer spoke to Steward, Fury’s trainer since December 2019, and wanted to know if the Gypsy King would be up for another battle, in an Instagram video captured in this tweet. 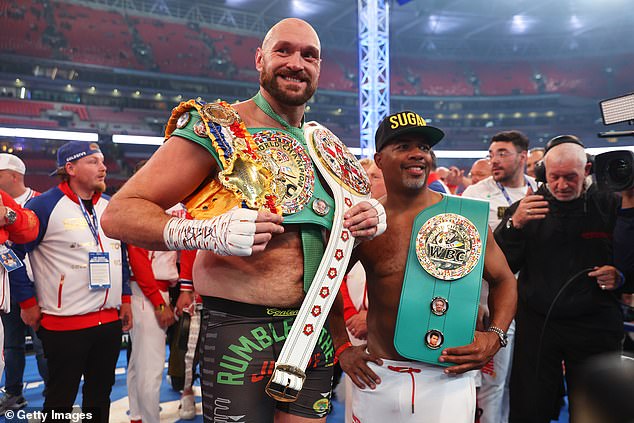 Steward, left, has said ‘I think he’s finished’ in response to a question about Fury’s future plans

Chisora asked the trainer: ‘Hey man, when’s your boy ready?’, to which Steward replied ‘I don’t know if he’ll ever be ready. I think he’s finished.’

Chisora cheekily responded: ‘How about you phone him, tell him ‘I saw Chisora, he wants the smoke’?’

Fury has beaten Chisora twice before, first by unanimous decision in London in July 2011, and then forcing Del Boy to retire in the rematch in November 2014.

Fury has hinted at retirement from boxing, and recently rescinded his Ring belt, which will now go to the winner of Joshua versus Usyk.

However, that victor will not get Fury’s WBC belt, which remains with the 34-year-old until they make a decision later this month about the title.

Chisora also met up with Somali boxer Ramla Ali ahead of her fight on the undercard against Crystal Garcia Nova. 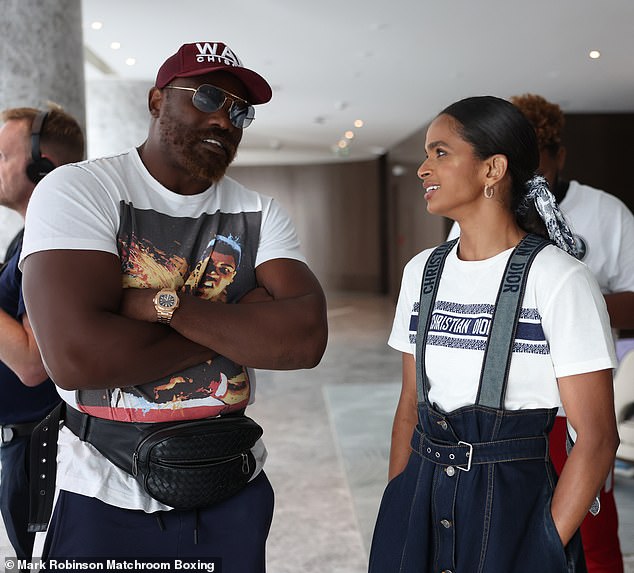