The opportunity to challenge for Smith’s WBA super-middleweight championship is why Canelo may go for this option.

The Mexican has won belts in four divisions but wants to strengthen his grip at 168lbs which is why WBO champion Billy Joe Saunders was considered in May. He has now withdrawn himself from a September match-up. “Canelo has got no excuse now, but to fight Smith,” the champion’s trainer Joe Gallagher told Sky Sports.

“If that date and opportunity is put to Smith, he’s ready to go. He’ll take that and I can’t see no reason why Canelo – when they said all along it was between the two of them – Saunders is out, let’s do Callum.”

“Style-wise, I’m not ideal to fight, but I’m not taking anything away from ‘Canelo’ Alvarez, he’s a special fighter and he’s one of the best pound-for-pound fighter in the world for a reason.

“I wouldn’t say he’s avoided me. I just think there’s a big list of opponents who want to fight him, so he’s got the choice of many, and he picks who he wants to fight. Whoever gets the job, takes it.”

Promoter Eddie Hearn has contacted Canelo’s promoters to offer the services of Ryder.

“I know Eddie put a text in to Golden Boy and said that we’re available and so on and so forth,” Ryder told Sky Sports. “There’s a few names in the hat. Hopefully my name is at the top and it gets picked out. 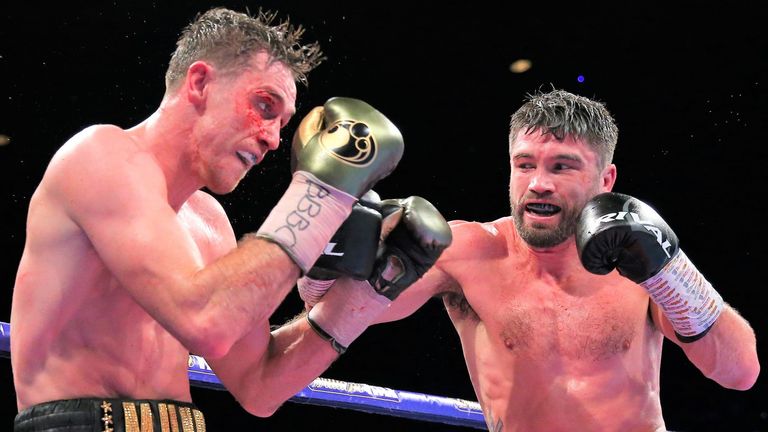 “Listen, he’s looking for an opponent, and I know the money is not there for these big shows. It’s a chance in a lifetime, I’m up for it.”

The London super-middleweight believes he did enough to win Smith’s WBA title when they fought last year. Ryder was on the wrong end of a tight decision but his stock rose.

Ryder’s trainer Tony Sims said: “I know that Canelo and Eddy Reynoso, his trainer, watched the Smith-Ryder fight and Reynoso tweeted straight afterwards that he had John winning the fight by a few rounds.

“He actually put out there that John should be the world champion, so they know all about Ryder anyway.”

Ryder impressed on a Canelo undercard last year by knocking out Bilal Akkawy. In the main-event Canelo beat Daniel Jacobs, promoted by Hearn, so the two sides have done business before.

Canelo could attempt to do a better job on Ryder than Smith managed with an eye on the champion at a later date.

A lack of a world title belt may prohibit Eubank Jr’s chances. He is operating in the middleweight division whereas Canelo eventually wants to win super-middleweight gold.

But choosing to face Eubank Jr, a long-time rival of Saunders’, could be used to entice the WBO champion into the ring next year.

The man charged with realising @ChrisEubankJr's potential is not his father, but a lost rival of his father's, a champion that his father confessed he could never beat.

“Canelo Alvarez, that’s the No 1 fight that I want right now,” Eubank Jr told Sky Sports. “I don’t think anyone on the planet would make a better opponent for him. Most guys are going in there to run and survive, I’m going in there to destroy.

“I know I can beat him, so that’s the fight I want.

“I definitely have got a strategy. I see the weaknesses. I see where he can be exposed.

“I’m not looking to survive, I’m taking the fight to him and I don’t think he’s ready for somebody like that.

“The top two fighters? Gennadiy Golovkin and ‘Canelo’ Alvarez, two of the biggest names in boxing and they both have middleweight titles.

“Those are the guys I want. Those are the fights that I need at this stage of my career. I don’t want to take backward steps. It’s full steam ahead.”

Eubank Jr is currently signed to Premier Boxing Champions and plans for his immediate future to be in the US.

Canelo previously had his IBF middleweight title stripped for failing to agree a fight with mandatory challenger Derevyanchenko. But the Ukrainian might now get his chance.

Since then Derevyanchenko emerged with credit from a hard-fought loss to Gennadiy Golovkin, Canelo’s greatest rival. 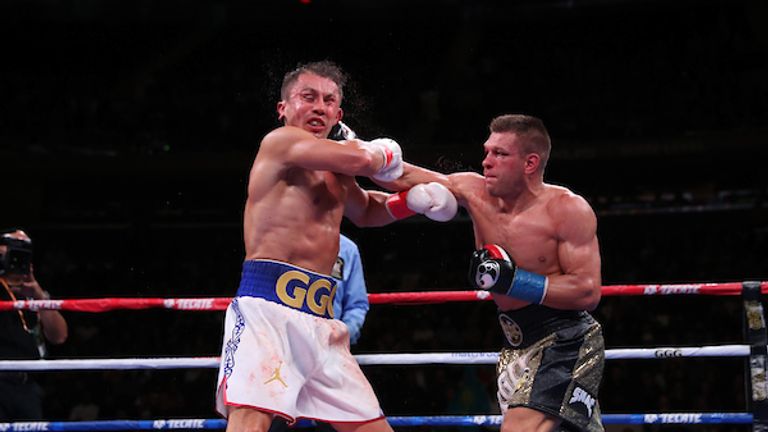 The intrigue for Canelo may be in attempting to stop Derevyanchenko which Golovkin was unable to do, thereby throwing down the gauntlet for a third fight with GGG next year.

However, Derevyanchenko previously told the Premier Boxing Champions podcast he expects to eventually challenge WBC middleweight champion Jermall Charlo so may not be willing to scupper that chance.

The former WBC super-middleweight champion may no longer own a belt but he would allow Canelo the chance to prove that he can beat a veteran 168lbs fighter.

Dirrell was knocked out by David Benavidez, who became the new WBC champion in the process, in his last fight. Benavidez and IBF champion Caleb Plant are not, however, expected to be on the table as an option for Canelo’s next fight.

Before the coronavirus pandemic Canelo held talks to fight in Japan against Murata who holds a version of the WBA middleweight title.

“There were great sponsors behind it and it was a great business deal,” Golden Boy president Eric Gomez told Sky Sports. “Obviously, Murata is one of the top champions at middleweight so that was a consideration as well.”

It was confirmed that Canelo wants to fight abroad with Britain and Japan discussed, but this is a long-term plan and not one for September.

The trilogy fight against his main foe remains intriguing because the 24 rounds that they have shared remain as controversial as they are thrilling.

The first fight was a draw and Canelo won the rematch. The rivalry is still fierce. Before his most recent win Golovkin said: “You think somebody respects Canelo? Nobody.”