‘He’s a very special human being… the Tyson Fury I knew always existed but nobody respected a few years ago’: Ricky Hatton hails the Gyspy King’s comeback from mental health issues and weight struggles… which he says were even worse than ‘Ricky Fatton!’

British boxing legend Ricky Hatton has hailed his friend Tyson Fury, expressing his pride at the way in which the heavyweight champion has turned his life around.

Fury completed one of the greatest comebacks in sporting history when he beat Deontay Wilder in their rematch in February, having returned to the sport after two years of inactivity due to mental health issues, alcoholism, recreational drug use and extreme weight gain.

And Hatton, who was in Fury’s corner for his first fights back and had similar issues during his career, has nothing but good words to say about the Gypsy King. 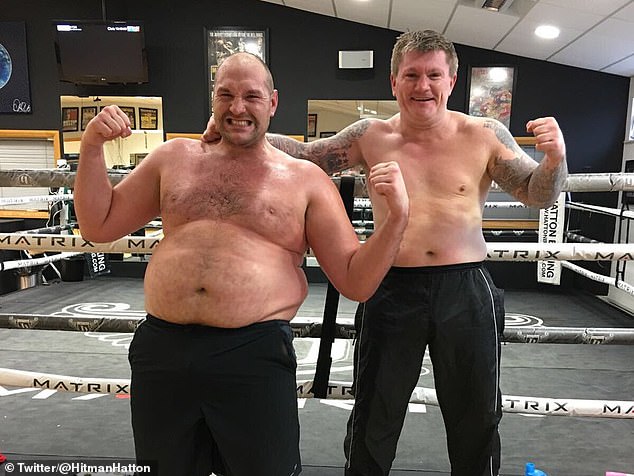 ‘We’re not on speed dial as they say but I’ve known him years,’ he said on The Gary Newbon Show.

‘You know I’ve seen him when he was going through his bad times, when he was 10 stone overweight. He even beat “Ricky Fatton”.

‘He was going through a really bad traumatic time and he used to say to me about making a comeback and I used to think, personally, I’m not bothered about you coming back, Tyson. I’m more concerned about your health. But never mind his health, he’s come back tenfold.

‘To do what he’s done in the ring with the Wilder fights and after all his problems with all that. He’s doing his own little thing for mental health and stuff like that.’

Fury’s life descended into darkness after he upset Wladimir Klitschko to win the world heavyweight title in 2015.

The boxer’s weight ballooned to over 400 pounds and he admits he even attempted suicide during his prolonged state of depression.

Hatton can relate, having also contemplated suicide as his battle with booze, drugs and weight spiralled out of control near the end of his own career.

And he is delighted people are finally getting to see a healthy and happy Fury. 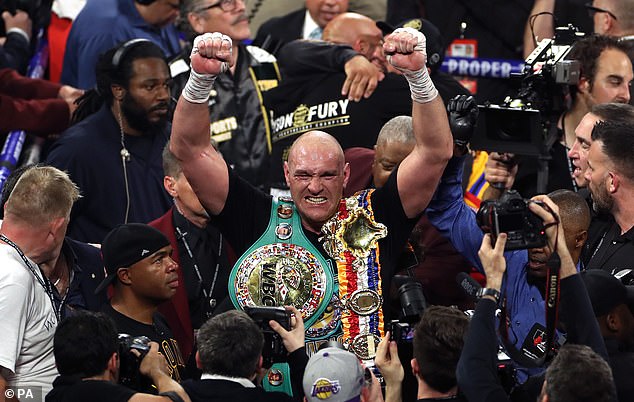 ‘I think years ago his reputation wasn’t the best because he couldn’t open his mouth without upsetting someone,’ the 41-year-old continued.

‘From where he’s come from to what he’s done, he’s an inspiration. Just to have him train in my gym and all my novice professionals be able to stand and watch him from a distance and watch how he prepares, how he’s training, how he’s turned his life around. It’s been really, really inspiring. He’s a very special human being, Tyson. He really is, honestly.

‘I feel very proud to know Tyson cos I’ve seen him at the bad days and I’ve seen him come back to where he’s got. That last Wilder fight when he was just on such a different level. From where he’s come from, it was just incredible.

‘I hope, fingers crossed, that we get the Tyson and Joshua fight now because a few years ago you didn’t know a British heavyweight’s name and now we’ve got the two best fighters on the planet.

‘And if that fight doesn’t happen it will be a tragedy for British boxing.

The Gary Newbon Sports Show, with @Punching.TV, and in association with MailOnline Sport, will be streamed live every Thursday #GNSS

You can watch the full interview here on Thursday.