Hughie Fury knocked out Pavel Sour to bounce back from defeat and rekindle his world heavyweight title hopes.

Fury, who lost a unanimous decision to Alexander Povetkin in his last fight in July, dropped Sour in the second round and finished him off in the third on the undercard of Scott Quigg-Jono Carroll at the Manchester Arena.

The 25-year-old kept his promise to be a different fighter by switching stances and going head-hunting in the opener, testing Sour’s chin with a couple of overhand rights. 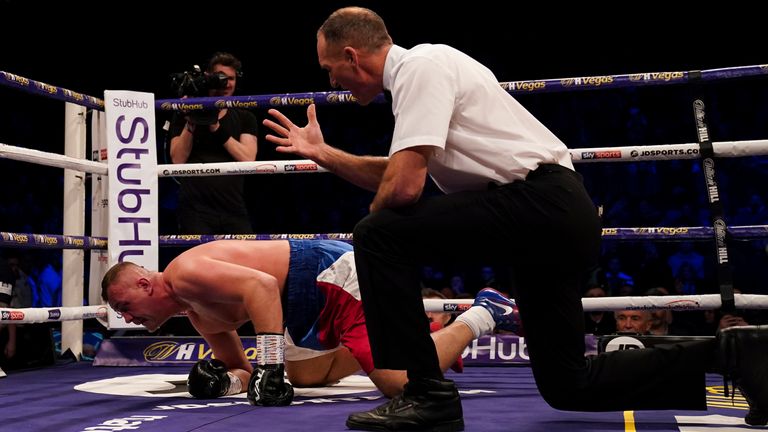 Fury wobbled Sour in the second with an overhand right to the temple forcing this Czech opponent to hold before dropping him with another backhand.

The Manchester boxer raced out of his corner for the third and found the target again with his right, sending Sour to the canvas for a second time in the fight.

Sour made it to his feet and as the referee began to wave off the fight the towel also came in. 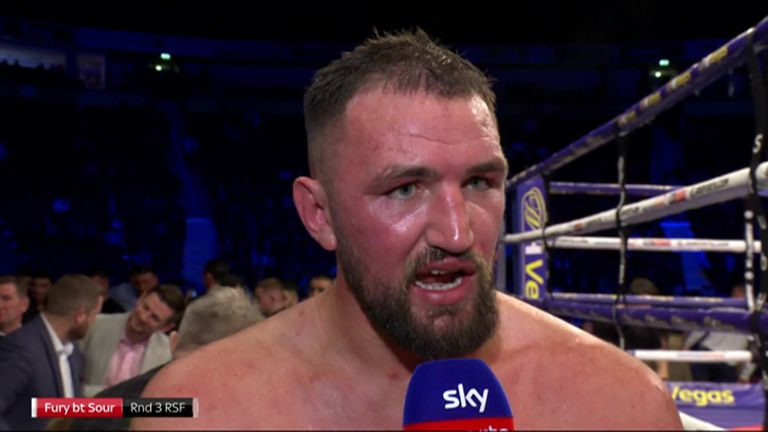 “I believe he can challenge for, and win, world titles. The Povetkin fight was ballsy but maybe not right.