Jake Paul and Hasim Rahman Jr clash at Madison Square Garden as ‘The Problem Child’ looks to prove himself against his first legitimate boxer: Everything to know ahead of the fight

Jake Paul faces his toughest test yet as he takes on Hasim Rahman Jr at Madison Square Garden on August 6.

‘The Problem Child’ was initially scheduled to fight long-term rival Tommy Fury, before the Briton was forced to withdraw from the bout after being refused entry to the United States.

Fury also pulled out of their scheduled fight last year due to injury and illness, with Paul for a second time needing to find a replacement opponent, having knocked out former UFC champion Tyron Woodley in their rematch to extend his record to 5-0.

Rahman Jr – son of former heavyweight champion Hasim Rahman, who famously knocked out Lennox Lewis in 2001 – has taken Fury’s place, and will now be the Paul’s first legitimate boxer on his resume. 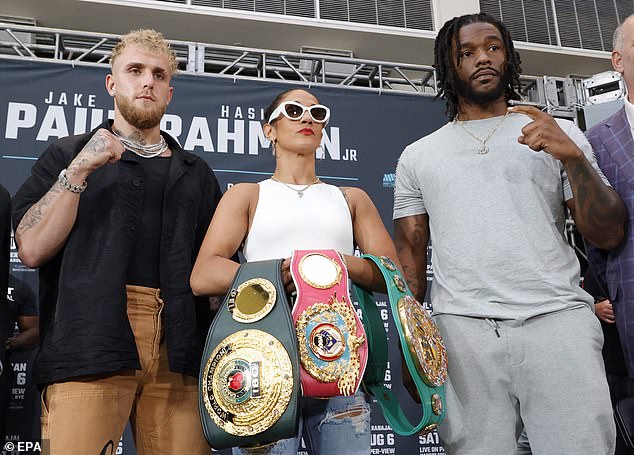 The pair shared a heated sparring session back in 2020 and have exchanged a barrage of verbal insults heading into the event, which will see Amanda Serrano also in action in the co-main event.

Rahman Jr – who is dropping from heavyweight to cruiserweight for the bout – had over 100 amateur bouts and is heading into his 14th pro outing. He suffered his first defeat as he was stopped by James Morrison in his most recent fight back in April.

As the spectacle edges ever closer, Sportsmail takes you through everything you need to know.

The clash between Paul and Rahman Jr is scheduled to take place on Saturday, August 6 at the iconic Madison Square Garden in New York.

The pair are expected to walk to the ring at around 4am UK time, though that will of course depend on results beforehand, with an abundance of action also taking place on the undercard.

Also on the card will be Amanda Serrano, who takes on Brenda Carabajal in her first outing since falling short against Katie Taylor.

The fight, which will be an eight-round contest, will be broadcast live on Showtime in the US.

A UK broadcaster is yet to be announced, though Paul’s last two fights have both been on BT Sport. 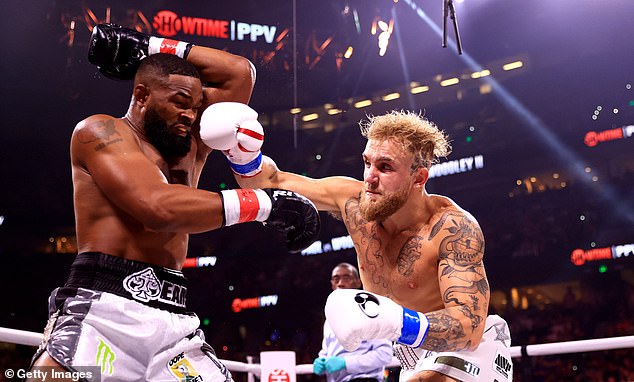 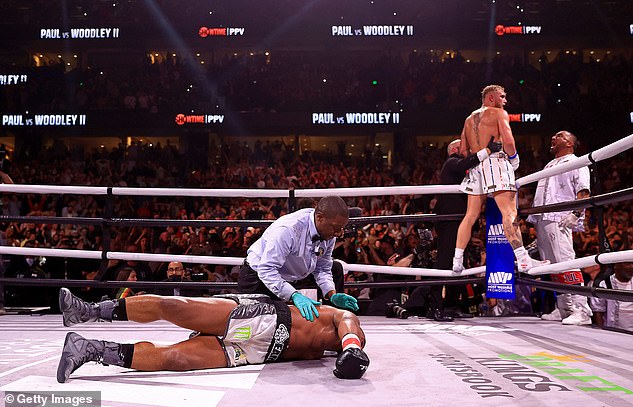 Paul celebrated his win in front of the 18,000 crowd while Woodley remained floored

There has been trash talk aplenty between the two fighters in the build-up to the bout, having engaged in a heated sparring session back in 2020 when Paul was just starting out his career.

Paul shared footage of the session across his social media platforms, which enraged Rahman Jr, who insisted ‘The Problem Child’ was deliberately manipulating the footage.

‘Did you put the footage out when you ran away from me in the ring?’ Rahman asked at their launch press conference. ‘You turned back around. Why didn’t you put that out – content creator?

‘You ain’t fought no boxers and this will be your first loss. I will be using both hands. I only used one hand when I sparred you. He can’t even spar nobody with one hand. He’s not at that level. I promise you he turned his back and ran from me.

‘When I spar you it’s always the same thing – it’s a handicap. I’ve been trying to help him but he’s barking up the wrong tree. I’m gonna f**k you up.’ 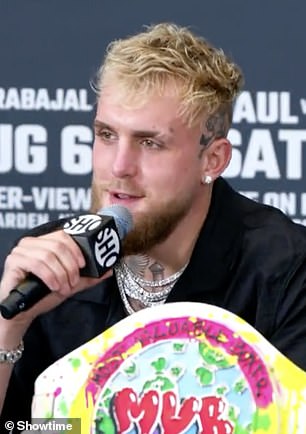 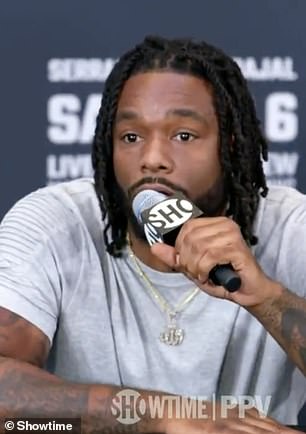 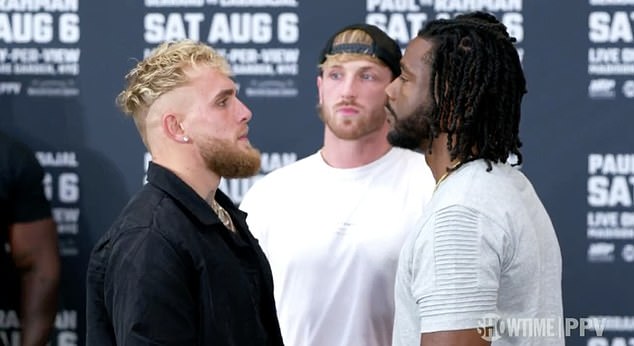 Paul meanwhile insisted his impending opponent will be another name on his KO list, believing the fight is bigger than one against Tommy Fury.

‘He’s gonna get beat up by a singer, a sea shell collector,’ he said. ‘I’m a Disney boy, I’m all of these things. You sound stupid. I’ve knocked out everyone I’ve fought. You’re another name on the list, a pawn.

‘This 100 per cent (a bigger fight than Tommy Fury) this is what I do, I take hard challenges and challenge myself more and more with every fight and give the fans what they want.

‘People say take on a real boxer? Here we go, I’m proving to the kids out there if you set your mind to something then you will win.’