Molly McCann took aim at her own beloved Everton FC after securing another stunning UFC win in London on Saturday night. ‘Meatball’ dominated American opponent Hannah Goldy, stunning her in the first round with her now trademark spinning back elbow before unloading a series of punches – with the bout then stopped inside four minutes.

As the crowd went wild at the O2 Arena, McCann celebrated in the same manner as when she KO’d Luana Carolina in the same venue in March. After leaping over the Octagon, she celebrated with her team and fans before climbing back inside the cage for her post-fight interview.

And the 32-year-old was her usual charismatic self when she spoke with Michael Bisping, leading fans in an x-rated “f**k the tories” chant. McCann, whose efforts secured her the ‘Performance of the Night’ award, is a vociferous opponent of the Conservative party.

But it wasn’t just politicians targeted, with the star also taking aim at The Toffees following a turbulent season which saw them narrowly escape relegation. The BT Sport documentary, Meatball Molly, outlined her love for her club, showing footage of her attending a recent Merseyside derby. 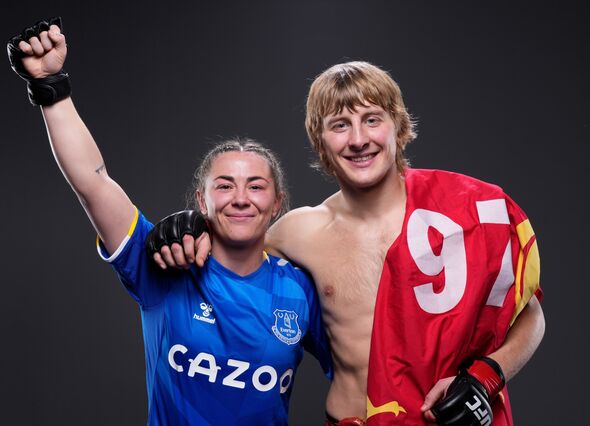 “I don’t know if I’ve ever seen this in combat sport in the UK. I appreciate you. It’s those walkouts, it’s that energy you bring,” she told fans. “I will not let you down, I’m not Everton football club.”

McCann has won her last three UFC fights, enhancing the notion she is a contender for a shot at a first UFC title. And she also implied she had no intention of walking away from MMA anytime soon: “I’m committed to the game,” she said. “Whenever you want me.” 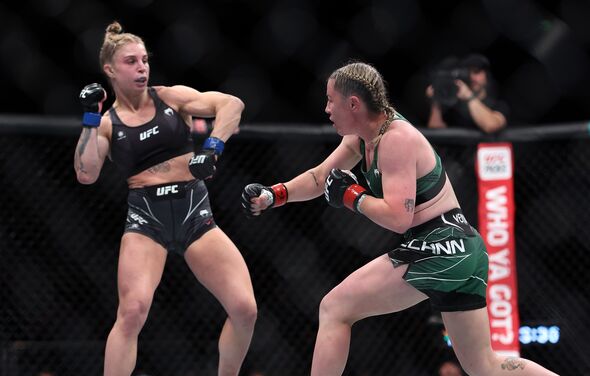 To cap McCann’s night, her great friend Paddy Pimblett also prevailed on a dramatic night at The O2. Pimblett, 27, submitted American Jordan Leavitt in the second round.

Pimblett is a renowned Liverpool supporter but he and McCann have united publicly in their support of the ‘Justice for the 97’ movement. Both have also backed the campaign on Merseyside to boycott The Sun newspaper.