Adam and Dylan Duffy made the Ireland team for the IMMAF Youth World Championships in Abu Dhabi but had to raise funds to make the trip.

McGregor heard the duo were in need of funds helped boost their kitty, with the excess being spend on equipment for their gym. 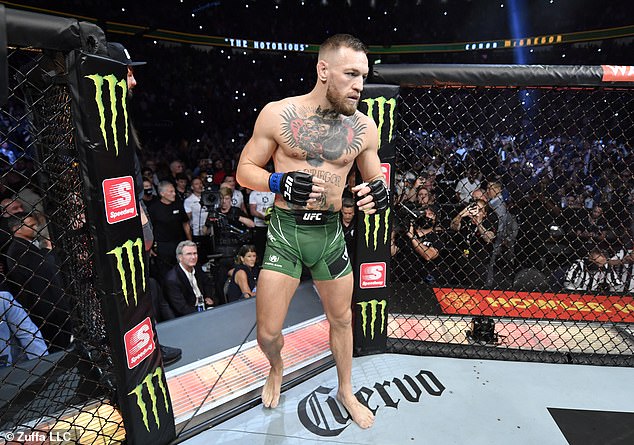 He posted a picture with the pair on Instagram and wrote: ‘Done! Do the land I know proud.’

‘I was at training when I found out and my coach told me about it so calmly,’ Adam told Independent.ie.

‘I was going insane! I thought he was joking until he showed me the comments. I feel like I have to win now because he donated all that money.’

His brother added: ‘We might not have been able to go without his help. There are so many gyms out there and he donated to us, which is insane.’

The IMMAF World Championships operate under modified rules for youngsters between 12 and 17 as they compete with the best young fighters in the world.

There are no head strikes and there is a focus on technique rather than have youngsters taking unnecessary damage.

There are still a few months for the twins to train for the big event and McGregor himself is working hard for his next major bout.

The Irishman is working his way back from the broken leg suffered against Dustin Poirier last year and could return this winter or early next year.

As it stands, Michael Chandler seems to be the most likely opponent for ‘Notorious’ when he steps back into the octagon.