Manny Pacquiao has confirmed he will fight Conor McGregor in his next bout, despite the ’Notorious’ being stated to fight Dustin Poirier at UFC 257 next weekend. Pacquiao has claimed he wants to donate a large portion of his wages to a Covid-19 relief fund.

Pacquiao has expressed an interest in crossing over from boxing to mixed martial arts.,

The Phillipeno legend, who has won a record 12 world titles in eight different weight classes, and is regarded as one of the best fighters ever.

The 42-year-old has been flirting with retirement for a while now, but seems to have no desire to hang up the gloves.

Despite not having fought since July 2019, when he defeated Keith Thurman for the WBA welterweight title, he has expressed a desire to continue fighting.

A bout against Errol Spence had been touted, with a potential unification bout planned.

But instead, he believes a fight against McGregor is more appealing.

“They’re my options, but right now I want to experience fighting in MMA,” Pacquiao said.

“I will also donate a big portion of my income to Filipino COVID-19 victims.”

McGregor and Pacquiao have been tipped to trade leather in the past, having briefly shared the same management company.

But a fight has never come to fruition, with McGregor returning to the UFC after his money-spinning boxing fight against Floyd Mayweather.

McGregor will face Poirier at UFC 257 next weekend in his first fight inside the cage since he beat Donald Cerrone in January of last year.

The former two-weight champion has previously expressed a desire to compete in the boxing world again, and had hinted at a bout against Pacquiao. 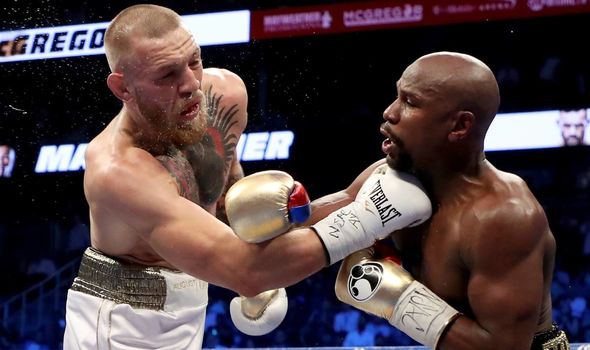 And Pacquiao’s conditioning coach, Justin Fortune, recently declared he believes a fight between the two will happen at some point, saying: “I guarantee it.

“Manny knocks him out in two rounds, quick and easy.

“I think it’ll be a massive money fight. The world wants it.

“A lot of people don’t like McGregor and want to see him beaten up.”

Related posts:
Previous Post: 10 things to look out for ahead of the midweek Premier League games
Next Post: Dortmund making Jadon Sancho contingency plans amid fears of Man Utd transfer