‘This motherf******!’: Luke Rockhold explodes at UFC 278 opponent Paulo Costa with x-rated rant claiming Brazilian kept postponing their fight because of ‘all the cosmetic bulls*** he got done

Luke Rockhold has taken no prisoners ahead of his fight with Paulo Costa as he slammed the Brazilian in an x-rated rant.

Rockhold appeared on stage at a press conference ahead of his upcoming bout with Costa in the co-main event of Saturday’s UFC 278.

The 37-year-old one-time middleweight champion slammed his opponent and claimed Costa did all he could to avoid taking this fight, claiming the Brazilian kept postpoining their fight because of ‘all the cosmetic bulls*** he got done’. 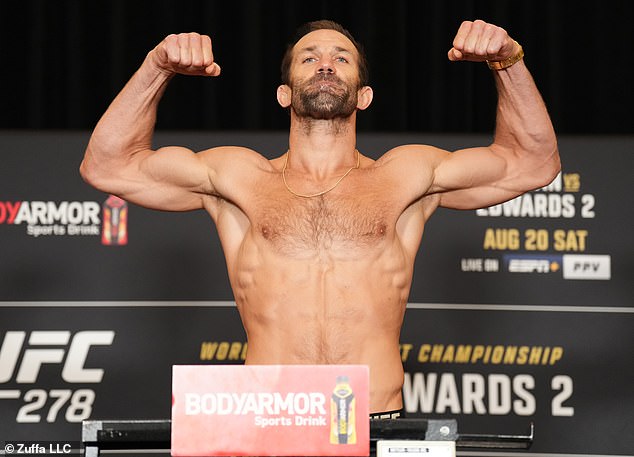 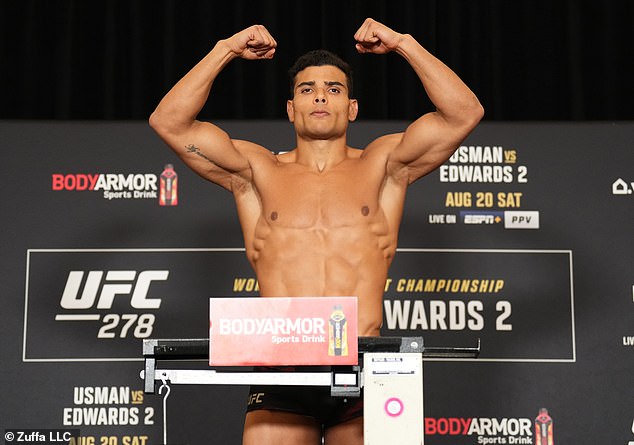 ‘The UFC forced it down his throat and then he delayed it twice, month after month and all the cosmetic bull**** he got done. You little b****, shut up.’

Costa took Rockhold’s words with a pinch of salt and mocked the American’s age.

‘He can say this bull****. I don’t feed on an older man like he is. It doesn’t matter on the day of the fight. We will be close in the same cage, just me and him and we will see who has more energy, who has more power and more will to win this fight.’

Later on at the press conference, Costa took aim at Rockhold’s outfit, saying he was trying to dress like a ‘teenager’.

The tension between the pair didn’t stop there, with both fighters continuing to throw a slew of insults at each other. 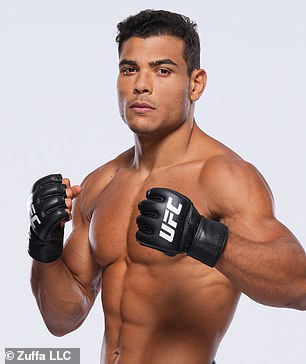 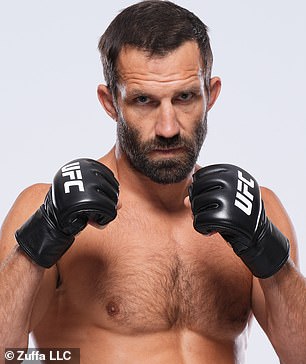 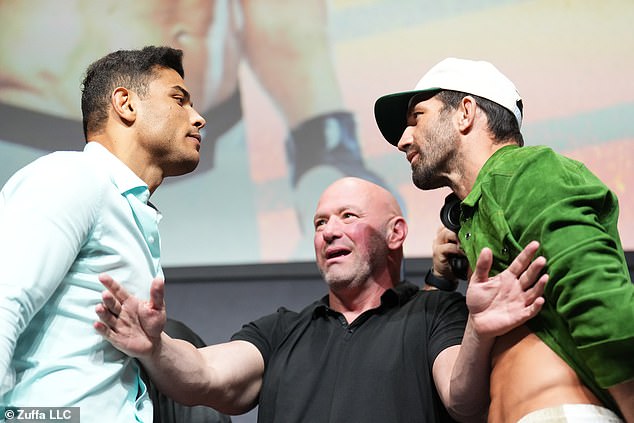 This included when Rockhold questioned Costa’s desire when he faces challenges.

‘Have you ever dealt with adversity?’, Rockhold said, before he pointed to when Costa was criticised for missing his weight in a previous clash with Marvin Vettori.

‘The one time you dealt with adversity you missed weight by 20 f****** pounds.

Costa fired back at Rockhold with ‘f*** you’, before he claimed he would win the fight easily on Saturday evening.

He said: ‘I’m on my primetime. I will f*** this old man up on Saturday. He is visibly uncomfortable because he knows he will face a monster. He knows already. Look at him, He’s uncomfortable. I will retire him on Saturday.’

The end of the press conference didn’t end the animosity as the pair stomped towards each other on stage with UFC President Dana White ready to step in.

Saturday’s fight is definitely not one to be missed as the hostility between the pair shows no signs of relenting.