Lewis Ritson has vowed a return to searching for the knockout against Jeremias Ponce, his opponent who possesses an intimidating KO record of his own.

Ritson headlines in Newcastle, his home city, against Ponce on Saturday night, live on Sky Sports, in a final eliminator for the IBF super-lightweight title.

Ponce arrives with an unbeaten 27-fight record and 17 stoppages but Ritson promised to meet fire with fire: “Yes definitely, the 1,000 fans are in for a treat.

🔙 RITSON BUZZING TO BE BACK 🔙@lewis_ritson says he can't wait to hear the noise of the fans in Newcastle when he returns to the ring on Saturday night 🔊#RitsonPonce pic.twitter.com/6qwfJMaXt0

“Me and Jeremias won’t have go far looking for each other. The bombs will be chucked from round one.

“It will be an explosive performance from myself.”

The winner will become the mandatory challenger to Josh Taylor, who became the division’s undisputed champion by beating Jose Ramirez.

“Finally, I’m hoping to get there,” said Ritson about a possible first world title shot.

“I wouldn’t knock a fight back against Josh. I’m not saying that. I’d definitely take it but he’s a special fighter.

“I have to look good then hopefully the big fights will come.”

Ritson is returning to the ring for the first time since he was fortunate to emerge with a points victory over Miguel Vazquez.

“I had time off the gym, time off social media, I deactivated my accounts, I went back to the drawing board,” he said. 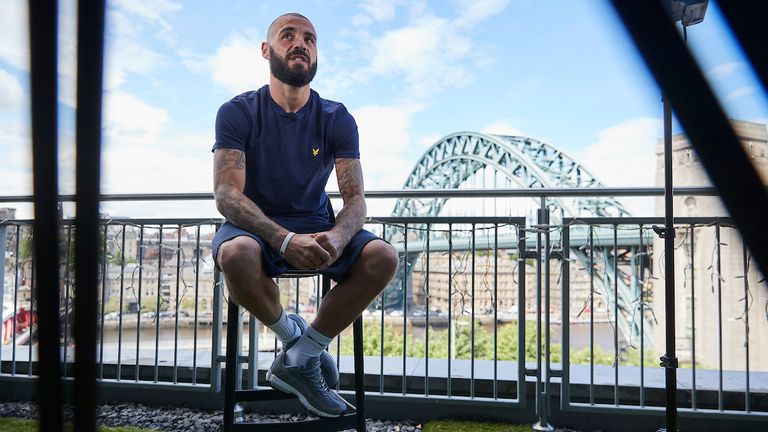 “We just want people to be back talking about after the Robbie Davies Jr fight, where I put such a great performance in.

“I feel like a veteran but I’m only 27, still young and fresh and I haven’t taken much punishment.

“Now is the time. My apprenticeship is over. We are ready for the big fights.”