How UFC 254 is shaping up to be biggest card of the year: Lightweight king Khabib Nurmagomedov looking to realise late father’s dream, Tony Ferguson on the comeback trail while Robert Whittaker takes on the man no-one wants to face at middleweight

We’re over one month away from the biggest lightweight title fight in UFC history, with Khabib Nurmagomedov defending his 155 lbs championship for a third time when he faces Justin Gaethje on October 24.

The UFC has managed to come through the coronavirus pandemic relatively unscathed, with the MMA organisation already hosting mammoth events with Kamaru Usman defeating Jorge Masvidal at Fight Island, while Stipe Miocic kept hold of his heavyweight crown by beating Daniel Cormier at UFC 252.

But UFC 254 feels as though the calibre of fights is being taken to another level, with Khabib and Gaethje headlining a card stacked with mouth-watering bouts.

We’re just over a month away from UFC 254, with Khabib Nurmagomedov set to headline 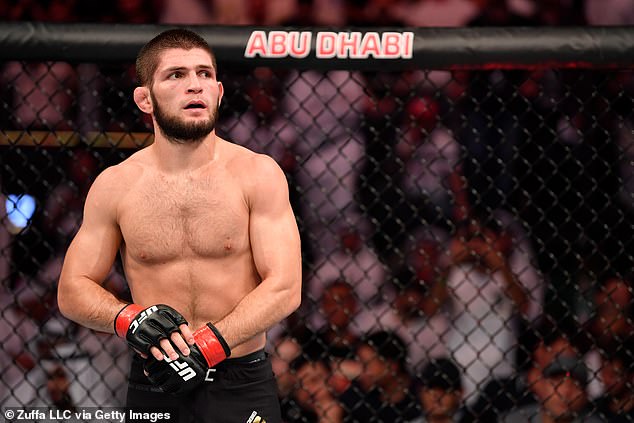 Robert Whittaker, Zabit Magomedsharipov and Rafael dos Anjos will feature at the unconfirmed location, while White revealed that Tony Ferguson and Justin Gaethje are likely to be the co-main event.

There has been no stopping Khabib Nurmagomedov since his arrival in the UFC eight years ago, with the Eagle steamrolling every challenger thrown in his direction.

The 31-year-old is 28 fights undefeated and is targeting a win over Gaethje before a showdown with UFC legend Georges St Pierre, to round off a remarkable mixed martial arts career.

But a win over the Highlight is far from a formality, with the American viewed as the opponent that will pose the most challenging questions to the undefeated Dagestani. 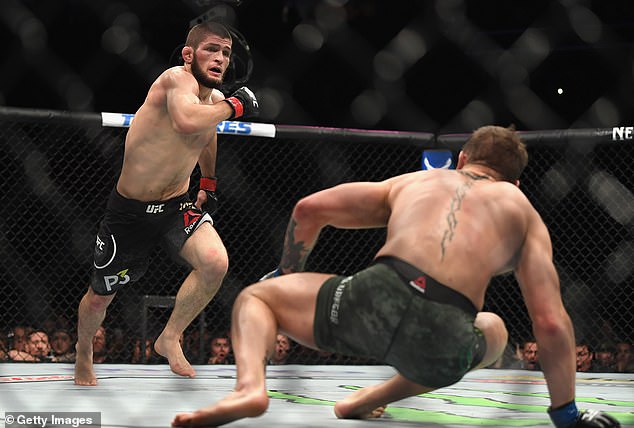 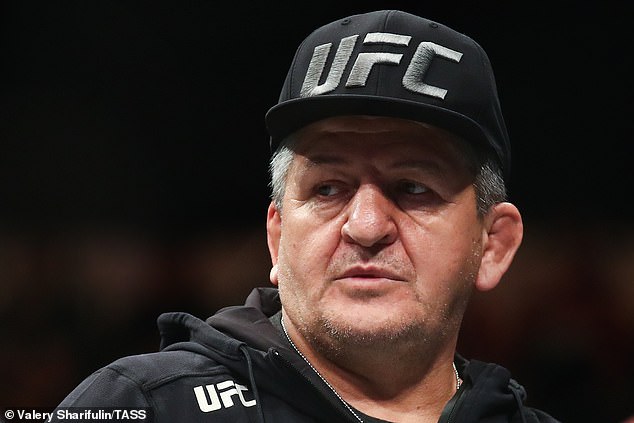 Gaethje’s sublime and often relentless striking coupled with his impressive wrestling – having been a Division I All American wrestler at college – makes him a formidable prospect for Khabib, who will be preparing for UFC 254 without the support of his father Abdulmanap, who passed away following complications after he contracted coronavirus earlier this year.

Make no mistake, Khabib still has a ferocious hunger to carry on competing, with the champion desperate to fulfil his late father’s desire for his son to fight GSP before rounding out his career. The stakes could not be any higher for the undefeated star. 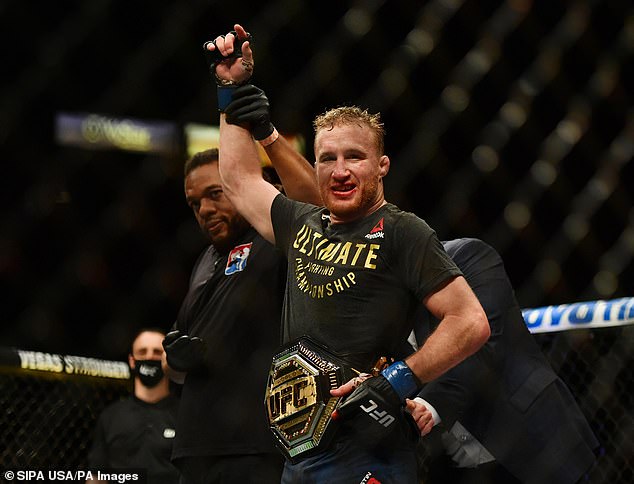 But first he must get past Justin Gaethje, who will be his toughest prospect to date

Tony Ferguson vs Dustin Poirier (not yet confirmed)

This one is yet to be made official, although UFC chief White has revealed that Tony Ferguson will ‘probably’ co-headline UFC 254 with a bout against former title challenger Dustin Poirier.

The pair have both been crowned interim lightweight champion, but neither have been able to take that next step in becoming undisputed king of the 155 pounders. 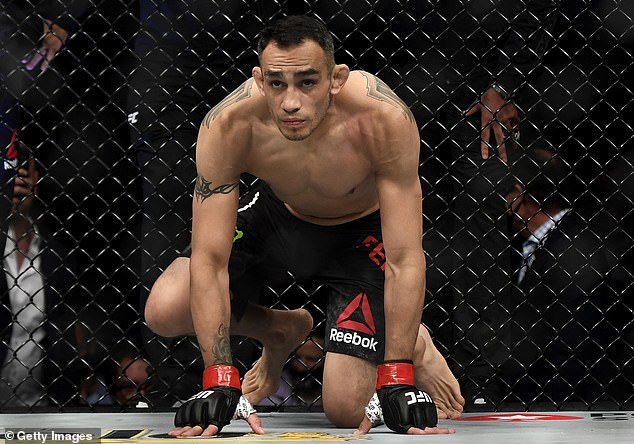 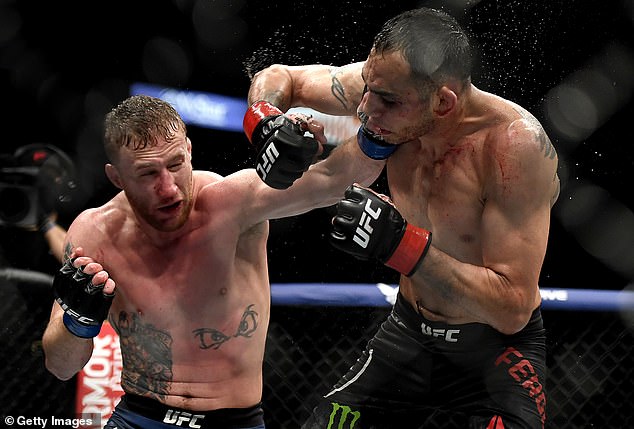 Ferguson saw his chance to take on Khabib snatched away by Gaethje after he was comprehensively beaten at UFC 249 in Jacksonville, while Poirier was submitted by Khabib in Abu Dhabi last year.

Poirier has since bounced back with a win over Dan Hooker earlier this summer, while Ferguson will be looking to get back on track in his bid for the lightweight title.

And this one has Fight of the Night written all over it, with the pair capable of thrilling fans with technical striking combined with relentless pressure. Ferguson is never involved in a boring fight, while Poirier is one of the hardest hitting lightweights around. This one is a must-watch. 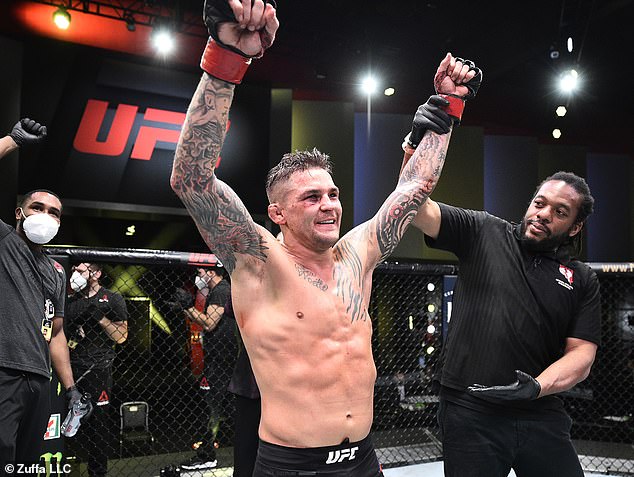 Next up is a man who will be feeling as though his shot at the featherweight title is due any minute now. Zabit Magomedsharipov has patiently waited on the sidelines while Alexander Volkanovski and Max Holloway have twice fought for the 145 lbs belt.

Talk of a third bout between the champion and Holloway has angered the Russian, who has dazzled fans with jaw-dropping striking while also being able to dominate on the ground. 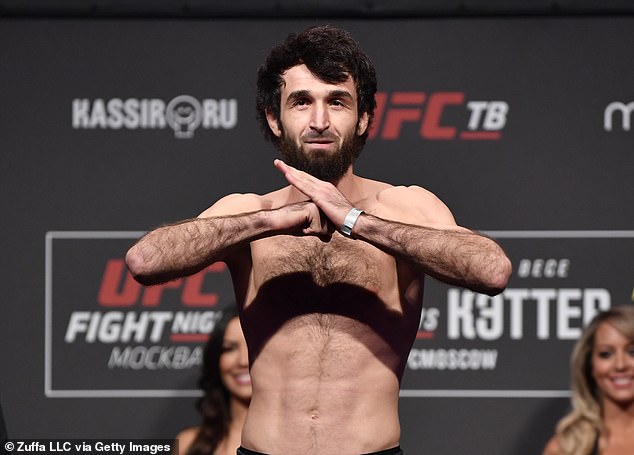 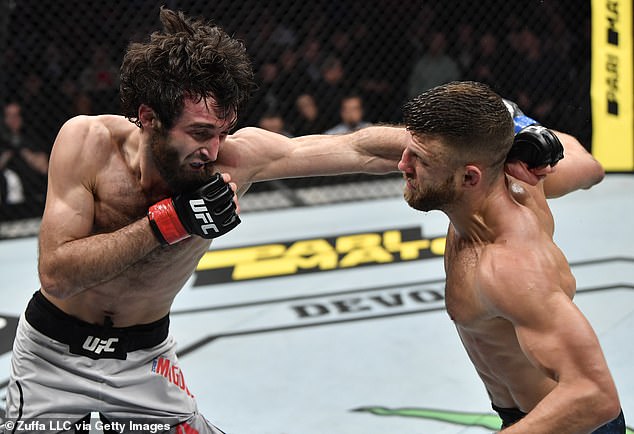 The 29-year-old tweeted last month that he was ‘waiting’ for Volkanovski, but first he will have to get past Yair Rodriguez if he wants to move a step closer to a shot at the belt.

The Mexican has responded to his loss to Frankie Edgar by earning wins over Chan Sung Jung and Jeremy Stephens, and is equally threatening on the ground or in striking.

A win over Zabit would come as a huge scalp for Rodriguez, and fans can expect another entertaining bout with the Russian prone to being reckless on occasion, with his willingness to fight fire with fire often giving opponents a chance to land a knockout blow. Could the flashy Mexican be the first UFC star to stop Zabit? 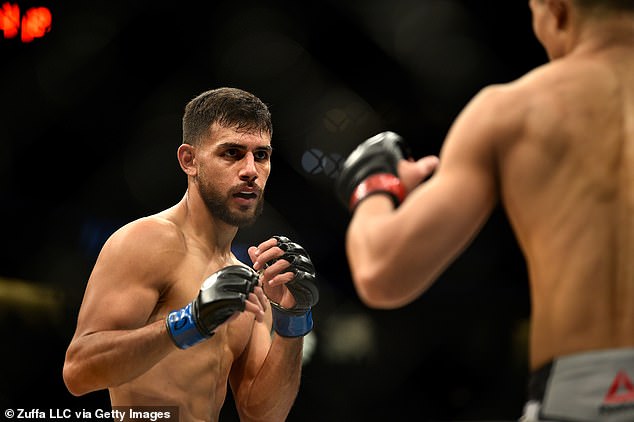 Another man on the road to redemption is Robert Whittaker. The former middleweight king is looking to ascend to the summit of the 185 pounders after being knocked off his perch by Israel Adesanya last year.

The Australian was impressive last time out against Darren Till at Fight Island, securing a huge win over the popular Liverpudlian in a strong message to the rest of the division that he won’t be going away quietly. 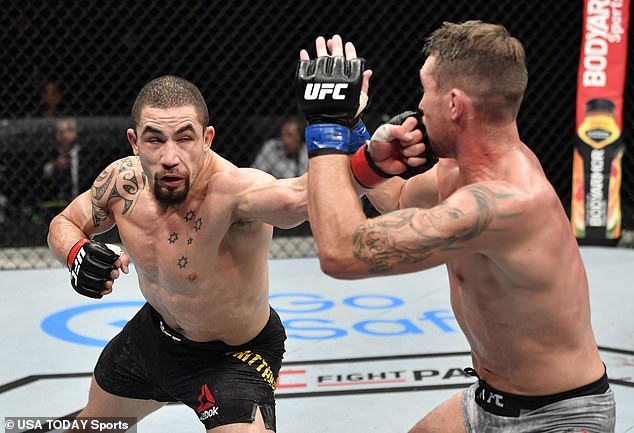 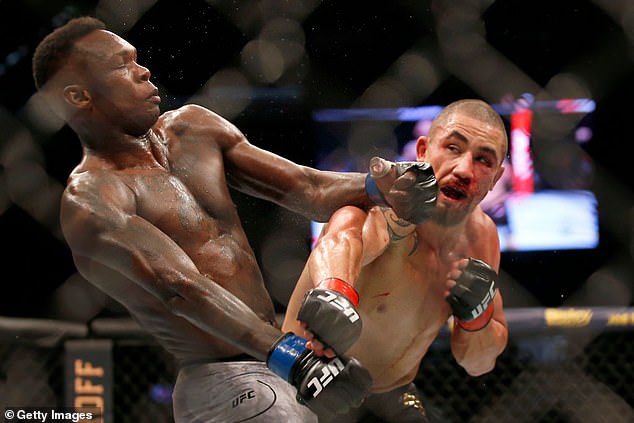 But he faces another stern test at UFC 254 with Jared Cannonier next up for the 27-year-old. The Killa Gorilla is a man no middleweight wants to step in the octagon with, with his punching power the hardest of any 185-pound fighter on the planet.

The 36-year-old has made the unusual decision to move down in weight class and has reaped the rewards of doing so, with wins over David Branch, Anderson Silva and Jack Hermansson at middleweight.

Whittaker will have to be at the top of his game and use every piece of his technical arsenal to keep his American rival at bay, as each fighter will look to place themselves in the driver’s seat to take on the winner of Adesanya vs Paulo Costa this month. 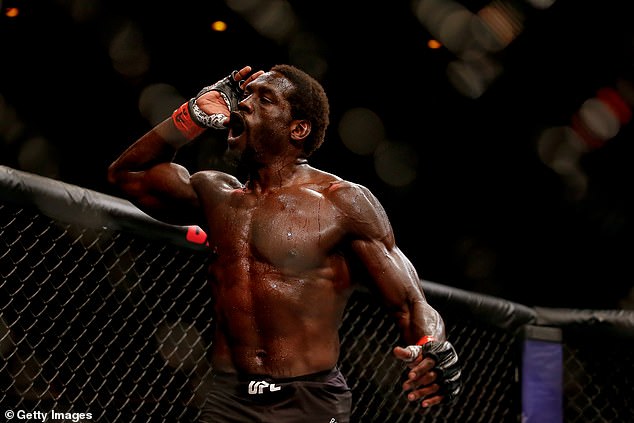 Throughout his eight-fight UFC career, Islam Makhachev has quietly played the understudy to Khabib Nurmagomedov.

Makhachev is a loyal ‘brother’ of Nurmagomedov, and is regularly seen training with the lightweight champion as part of his team at AKA in San Jose.

Makhachev has been labelled a future UFC lightweight champion, and with Khabib reportedly eyeing up two more fights, the time is now for the Dagestani to put himself in a position to capture the belt. 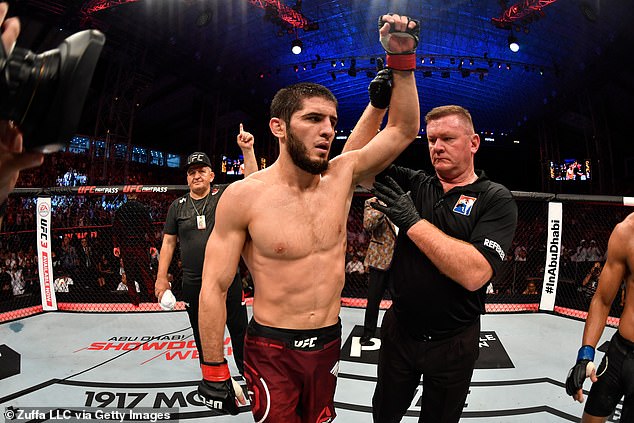 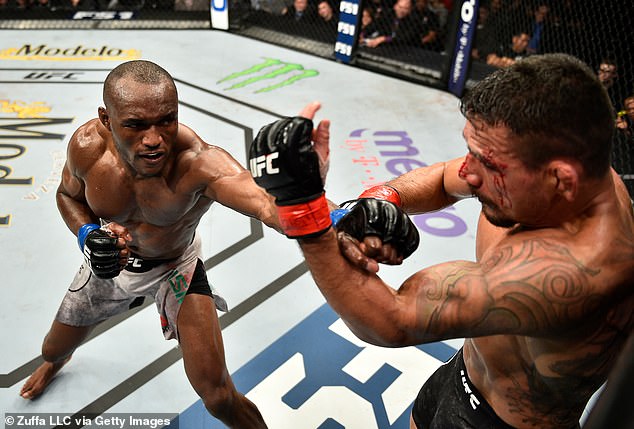 Khabib announced himself as a genuine contender for the lightweight championship with a resounding beating of Rafael dos Anjos, and Makhachev will be hoping that a win over the big-name Brazilian will propel him among the top contenders for the title.

This will be no coming out party for the 28-year-old, though, with dos Anjos making a return to the division he once ruled for the first time in four years. At 35, the Brazilian will be well aware that this is last chance saloon for a run at UFC gold. 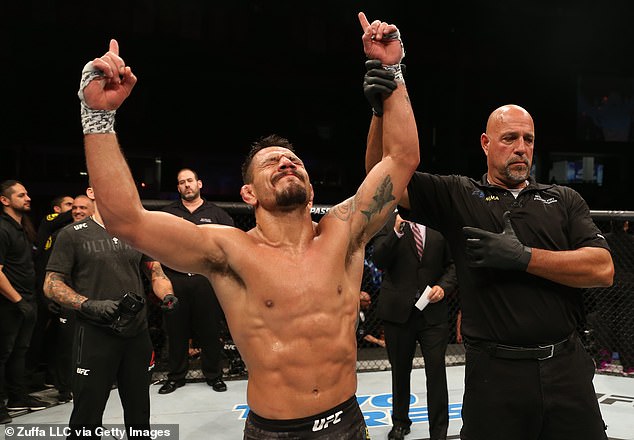