Hasim Rahman Jr has claimed once again that Jake Paul is attempting to swindle him with their contract. The 12-1 professional boxer has revealed that ‘The Problem Child’ has put ‘a lot of stuff’ in the contract that he has been asked ‘not to talk about’ by Paul’s team.

Rahman Jr previously made claims that Paul is attempting to ‘cheat’ by adding a rehydration clause to the deal. The Baltimore-puncher usually operates at heavyweight and has stepped on the scales as heavy as 264lb in the past but now with just one month’s notice, he must shed a massive amount of weight to make 200lb for their fight. Furthermore, Paul has inserted a rehydration clause meaning Rahman Jr cannot be above 215lb during a second-day weigh-in while Paul is expected to weigh 195lb which is his walk-around weight.

Rahman Jr is also reportedly the lowest-paid opponent that Paul has faced during his stint in professional boxing despite being the most experienced. The son of the former world heavyweight champion, by the same name, is clearly feeling hard done by and has hit out at Paul during a furious rant on Tuesday night. 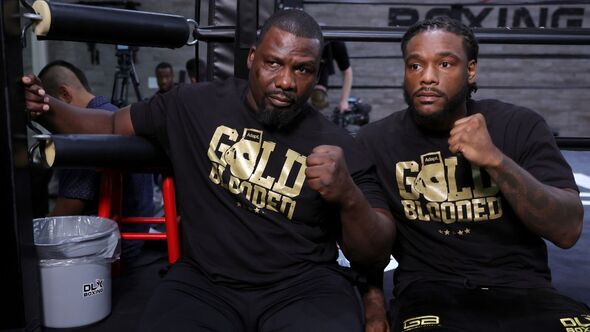 “He thinks it’s to his advantage. But I’m a Muslim so the only thing I fear is Allah, I have zero other fears. I think there is nothing in this world that is unobtainable. I truly believe that come August 6 that Jake will be full of excuses and full of reasons why he didn’t win this fight and that’s exactly what this is, a fight.

“I don’t think Jake’s been in an actual fight so come August 6 we are going to see how he responds and I’m going to show you how he panics because I’ve seen him panic, I’ve made him panic.”

Rahman Jr has also revealed that he could earn as little as £4,000 from the fight because he will lose 25 per cent of his purse for every pound he weighs in over the 200lb limit. He explained the intensive stipulations on The MMA Hour, telling host Ariel Helwani: “I am being fined, after four ounces, every pound over I lose 25 per cent of my purse. They leave a lot of stuff out when you’re dealing with Jake Paul and his antics. For example, if I came in at 202lb for the weigh-in, and then 216lb for the rehydration weigh-in then I would get the minimum, which I think is $5,000. 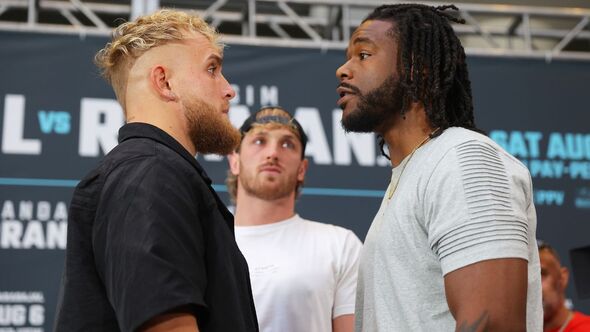 “That’s because of two pounds they are that scared. They want to put all that pressure on me to make the weight to say ‘you’re losing 25 per cent for every pound you’re over’, so if I come in 204lb, I get the bare minimum which is capped at $5,000. It’s a lot that goes into these fights.”

Paul and Rahman Jr square off against each other on August 6 at Madison Square Garden, New York City live on Showtime. The pay-per-view can be purchased for £49.71 ($60) – over £20 more expensive than the recently released fee for Anthony Joshua vs Oleksandr Usyk II on Sky Sports PPV (£26.95).