Fabio Wardley has already resumed training after recovering from Covid-19 and insists a British or European heavyweight title is the ‘bare minimum’ achievement for this year.

The undefeated 26-year-old is eager to resume his assault on the top division, having claimed the English title in just his ninth bout before ending the year with a destructive win over Richard Lartey.

Wardley is set to return in March, with Lucas Browne being lined up as a preferred opponent, although his ambitious plans were briefly threatened by a bout of Covid-19. 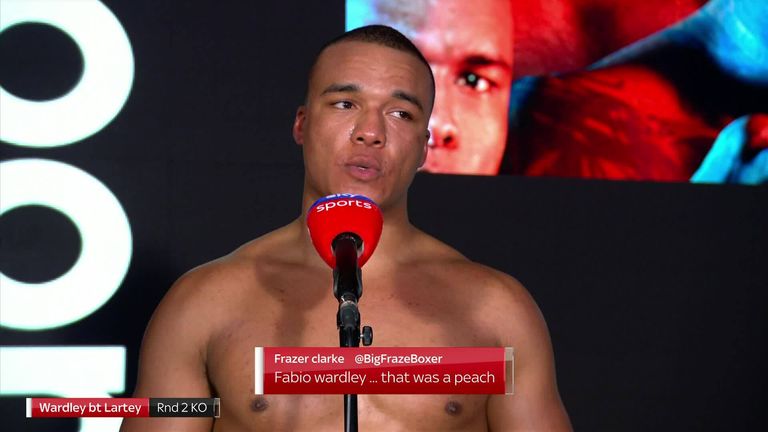 “I just felt groggy and a bit messed up,” Wardley told Sky Sports.

“The worst thing I had was a severe headache for days in a row. I kind of knew from there that something was wrong, because that’s not something I’m really used to.

“The only other thing, I lost my taste for about two weeks. It didn’t really do too much damage. I just felt weak and run down and had a rocking headache. But then again, I’m a professional athlete in my 20s and train every day. I can see how it could really affect the older generations.”

Browne, a former WBA champion, pulled out at short notice after agreeing terms for a fight in November and Wardley hopes the Australian will eventually finalise an explosive showdown. 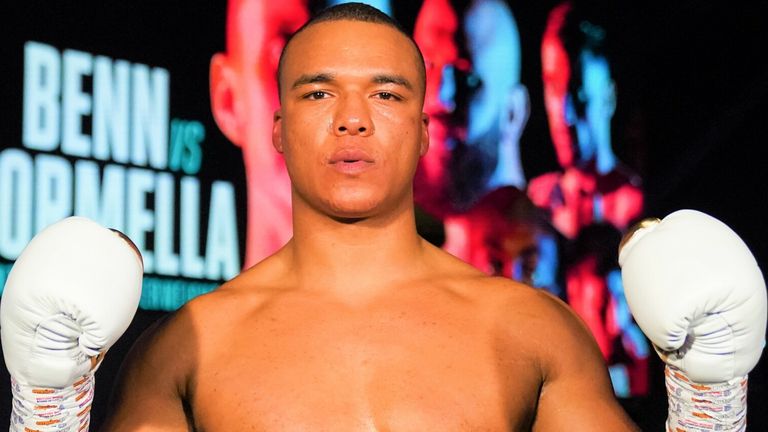 It would raise my profile as well, and great to use as a good measuring stick to figure out where I am and what next level I’m good to step towards.

“He is still being his usual whiny self by crying about this excuse and that excuse,” said Wardley. “We’re being a bit firmer with him, giving him a time frame to say, ‘Are you in or are you out?’ If not, then we can look elsewhere.

“It would be a great experience, great learning for me. It would raise my profile as well, and great to use as a good measuring stick to figure out where I am and what next level I’m good to step towards.

“It would be useful for all those parts, but if it’s more hassle than it’s worth then we’ll find someone else.”

Joe Joyce currently holds the European and British belts after his December knockout win over Daniel Dubois, but the 35-year-old is expected to vacate the titles in search of a more lucrative fight.

Wardley admits he is eager to collect both belts and would be open to a future fight with Germany’s Marco Huck, who is currently the mandatory challenger for the European strap.

“It’s highly likely that he’s going to drop those belts and move on to some bigger things,” said Wardley.

“That leaves a few vacancies, a few gaps for me to go towards, which would be good. That would set up some good fights, whether it’s British, whether it’s European, whatever. I just want that next stepping-stone now. That would be something we’re definitely looking towards.

“Marco Huck is a name that we’ve discussed in the past about fighting. We think he would be a great fight. I don’t know where I’m ranked in the European rankings, in being able to step in there with him for the title, if I am able to.

“But if we can build towards that or he can fight for it and I can challenge him for it, I don’t mind however that goes.

“That’s definitely something we would look at and be happy to do. I think that’s the bare minimum for me this year. Stay as busy as possible, stay as active as possible, but pick up that next bit of silverware. The next belt and just progress my career and move forward.”