Eddie Hearn admits he regrets not attempting to sign Tyson Fury to Matchroom Boxing. Hearn held talks with Fury about making a comeback in 2017 ahead of a Matchroom show in Monaco. At the time, Fury was a significantly larger version of his current self and doubts over his mental health – let alone his eagerness to box again – were prevalent amongst many.

Ultimately, Hearn wasn’t convinced by his conversation with ‘The Gypsy King’ and opted against bringing him into his stable.

Fury proved all his doubters wrong by returning to the ring in June 2018 against Sefer Seferi.

The 31-year-old’s fairytale comeback from the depths of depression and addiction was completed in February when he defeated Deontay Wilder in Las Vegas to claim the WBC heavyweight title.

Fury’s road to recovery truly blew away Hearn, who admits he wished he’d taken a gamble on him.

JUST IN: Mike Tyson in training for sensational return to the ring 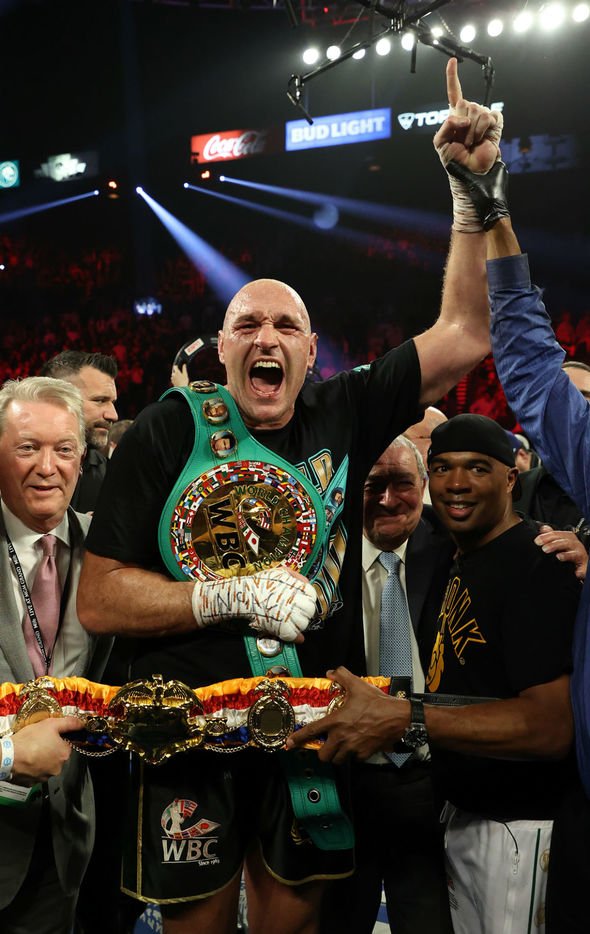 I looked at him and I thought, ‘You ain’t ever going to come back anyway, look at the size of you.’

“I mean you could say Tyson Fury,” Hearn told ‘Doing the Rounds’ when asked what his biggest regrets in the sport are.

“I had a chance to sign him. I was in Monaco, I think I could have signed him.

“I didn’t want to give him the fights that he wanted to take at the time, because I thought it was just too much money and the fights weren’t good enough – and I probably should have done it, to be honest with you.

“I looked at him and I thought, ‘You ain’t ever going to come back anyway, look at the size of you,’ but he surprised everybody and how wrong I was.

Anthony Joshua the “only” heavyweight capable of defeating Tyson Fury

“Fury is definitely up there, and there’s a few others. A few American guys that I probably had the chance to sign as well.”

Fury is still on Hearn’s wish list of signings, although the boat for him joining Matchroom has already sailed.

Fury’s next outing will be a trilogy fight with Wilder, who exercised his rubber match clause six days after suffering a seventh-round TKO defeat to the Brit. 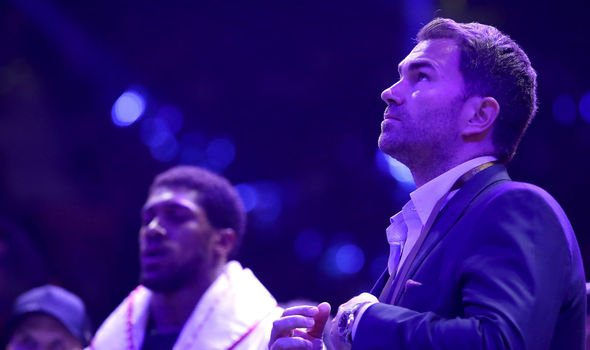 The winner of Fury vs Wilder III will be on course to have a multi-million-pound unification fight with unified heavyweight champion Anthony Joshua, who is tentatively scheduled to defend his titles against Kubrat Pulev on July 25.

The pair’s third showdown was slated to take place in Las Vegas on July 18 but has been postponed until October due to the coronavirus outbreak.

Although it’s likely the Nevada State Athletic Commission will have reversed their ban on combat sports events by October, Fury’s American promoter Bob Arum admits the fight could be postponed again.

“It’s one thing to take events that were done with 2-3,000 people and do them now without crowds,” Arum said during an appearance on Catching Up With Crystina. “It’s not nearly as egregious as doing a Tyson Fury-Wilder fight without fans.

“When the fans in the last fight put in almost $17m into the coffers in purchase of tickets.

“A Fury-Wilder fight might have to wait a couple more months until we can go back to full spectators.

“For a sport like boxing when big events where the gate money is so much a big percentage of the revenue, I don’t see how you can do it without spectators.”