‘I just want the biggest fights that I can get’: Dustin Poirier challenges UFC stars Conor McGregor and Nate Diaz to a BOXING bout as the lightweight looks to make his debut in the ring

Dustin Poirier has challenged UFC rivals Conor McGregor and Nate Diaz to a boxing bout as the lightweight star looks to make his debut in the ring.

The former interim lightweight champion was last in action in October 2019 when he lost his title showdown with the undefeated Khabib Nurmagomedov in Abu Dhabi.

And the 31-year-old Louisiana resident is keen to get back to action and has expressed his interest in fighting either McGregor or Diaz, and is open to the bout taking place in the octagon or the ring. 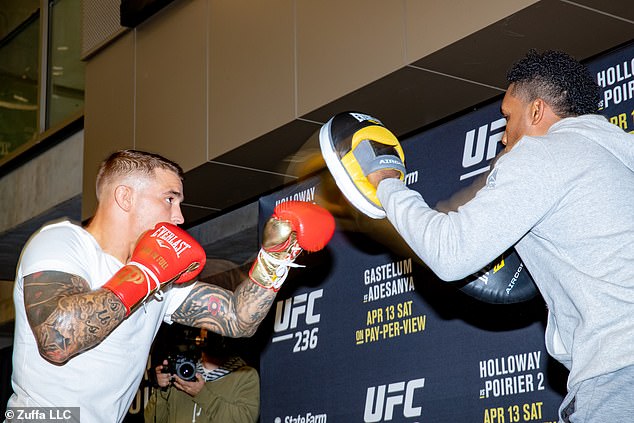 Poirier has faced the Irish star before, when the pair met in 2014 in a featherweight bout. The American was stopped inside the first round as McGregor ascended to the top of the division.

Meanwhile, he was set to come up against Diaz in 2018, but had to pull out of the contest through injury. Poirier has said he would be eager to get the opportunity to fight either rival in the future. 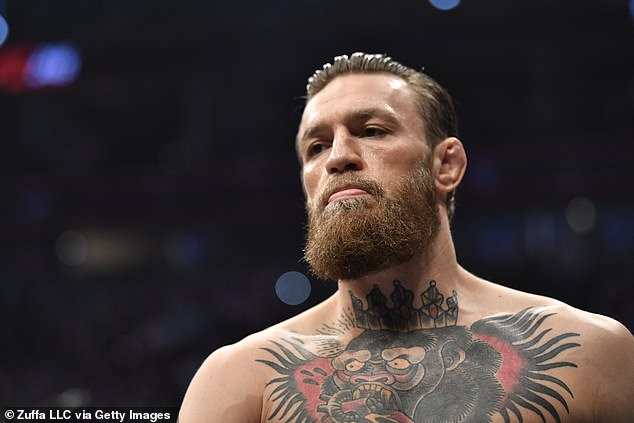 The 31-year-old is eyeing a rematch with McGregor, who he lost to in a 2014 contest 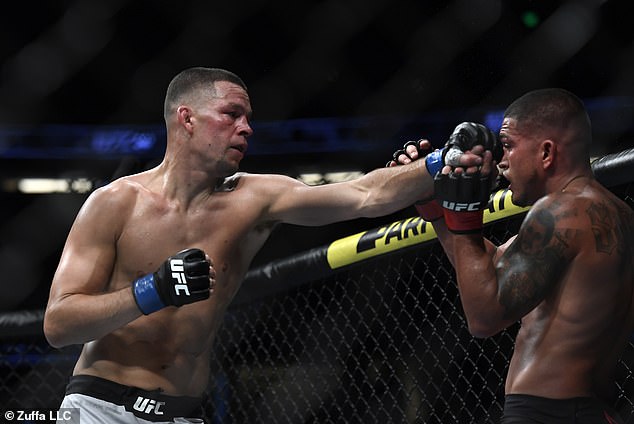 Poirier also called out Nate Diaz, who is known to be one of the strongest boxers in MMA

‘I just want the biggest fights that I can get, and that’s definitely one of them. I’d love to box Nate Diaz or McGregor in the Octagon, or in the boxing ring.’

Poirier had been scheduled to fight the lightweight division’s No 5 ranked fighter, Dan Hooker, on May 16 in San Diego. However, the spread of the coronavirus has meant that the event has been postponed.

While Poirier acknowledges he has a worthy opponent in the Kiwi, he said he is willing to drop that fight should a McGregor rematch present itself. 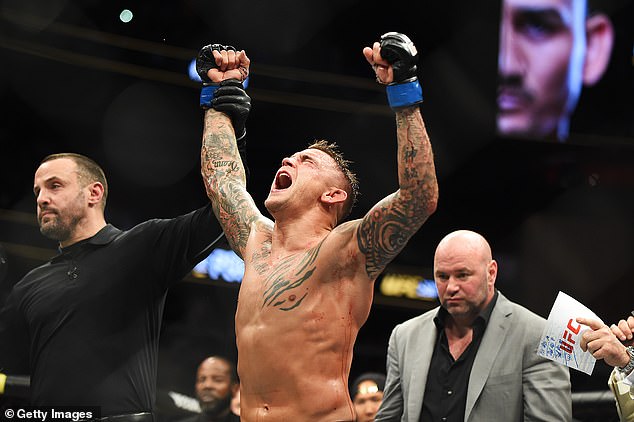 ‘I’ll fight Dan Hooker no problem, but my job is to get the biggest fights, the most money, get the highest ranked opponents that I can get.

‘So whenever I see people and opportunities that make sense, like me and Conor, of course I would push for that.’

McGregor has enjoyed a taste of boxing when he took on Floyd Mayweather in a mega-money bout in August 2017. The Irishman went on to lose via TKO in the tenth round.