Dillian Whyte has called ex-Anthony Joshua and Deontay Wilder opponent Dominic Breazeale ‘shameful and pathetic’. Whyte and Breazeale had the opportunity to fight each other last year in a WBC world title eliminator.

But Whyte had campaigned for a clash with then champion Deontay Wilder, who knocked Breazeale out two months before the Bodysnatcher fought Rivas.

Last week, Breazeale called Whyte out and said he would have no problems beating him if they ever fought.

But Whyte has fired back at the American, who lost to Joshua in 2016, calling him ‘shameful and pathetic’.

“I accepted the fight [that was ordered by the WBC] and he pulled out of the fight,” he told Sky Sports.

“So there’s nothing more to be said on that front,” said Whyte to Sky Sports. “These guys are time wasters.

Eddie Hearn warns Deontay Wilder not to be weak – EXCLUSIVE

“Clearly he’s bored at home and trying to shake off his last knockout, and thinking, ‘how can I get another big payday?’

“The guy is a chump. How can he have two world title fights? He didn’t even deserve one of them.

“He hasn’t had a single fight since his embarrassing first-round knockout loss to that fraud Wilder, a man who humiliated him both inside and outside the ring. 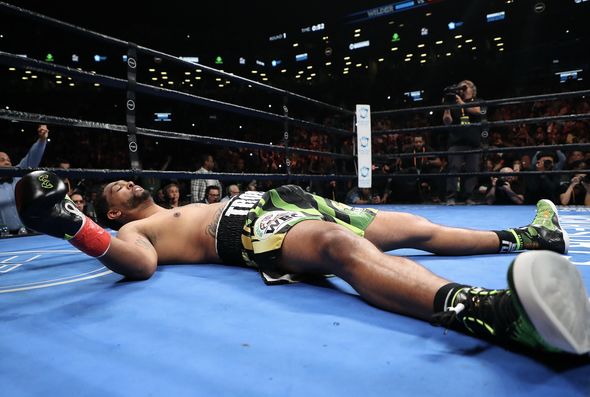 “Shameful, pathetic excuse for a heavyweight boxer who should make a comeback and beat a few credible fighters before calling me out.”

Whyte was supposed to fight Alexander Povetkin on May 2 but the event was moved to July 4 because of the coronavirus pandemic.

“He’s a tough guy and the one thing about Povetkin, he’s technically good.

“He’s very experienced and copes with the ups and downs in fights. I’m focused on him and I’ll give him all the respect he has earned, that’s why I’m out here in camp training.”