Dillian Whyte wants to fight Deontay Wilder, despite the fact that he hasn’t got a world title anymore, because he wants to fight a “bully fighter”. Wilder was knocked out in the seventh round of his clash with Tyson Fury last weekend.

Whyte has been the mandatory challenger for the WBC belt since last year and is due to fight for the belt in early 2021.

His promoter Eddie Hearn is trying to push that date forward, but with a trilogy bout set to take place between Wilder and Fury, it’s not likely to happen this year.

Whyte has called out Fury since his win over Wilder, but he always wants to face the Bronze Bomber, who he believes has ducked a potential fight for years.

“I’ll fight Deontay Wilder tomorrow, whether he’s got a belt or not,” he said on his YouTube channel.

“Tyson Fury proved what I’ve been saying all this time.

“If you back him up, give him maximum violence and rough him up, you’ll do that to him.

“Tyson Fury gave him some pathetic body shots that put him down.

“If I started hitting him to the body he might s*** himself in the ring. 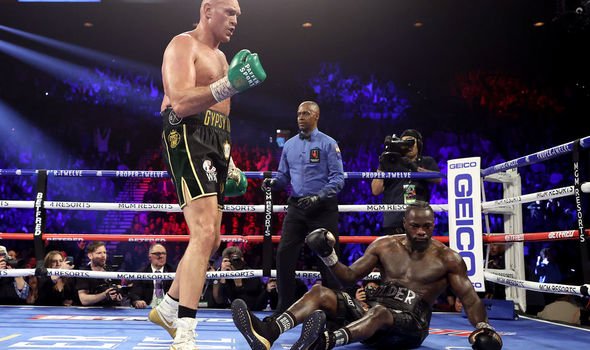 “I saw that happen to a guy once.

“I went to a Battersea ABC show, a guy got a left hook to the body and s*** himself, I couldn’t believe it.

“He might’ve been taking laxatives to make the weight.”

Whyte’s last fight came against Mariusz Wach in Saudi Arabia on the undercard of Anthony Joshua vs Andy Ruiz Jr 2.

Before that, he beat Oscar Rivas at the O2 Arena in London, where he picked up his mandatory status for the WBC belt.