Deontay Wilder’s team have responded to suggestions they could step aside in order to allow Tyson Fury to face Anthony Joshua for the undisputed heavyweight title. Wilder’s reign as WBC heavyweight champion came to an end at the hands of ‘The Gypsy King’ last weekend in front of a sold-out crowd at Las Vegas’ MGM Grand Garden Arena.

The American suffered a seventh-round TKO defeat to an imperious Fury, with his trainer Mark Breland throwing in the towel at the 1:39 mark after seeing his fighter take an unfathomable amount of punishment.

Victory over the previously-undefeated Wilder has further whetted the appetite for a Battle of Britain between Fury and Joshua, who are now in possession of all six of the heavyweight titles.

One roadblock preventing the fight from happening is the trilogy fight clause Wilder had placed in his contract to face his successor atop the WBC heavyweight rankings.

It has been suggested that Fury could pay off Wilder in order to pursue the title of undisputed heavyweight champion. 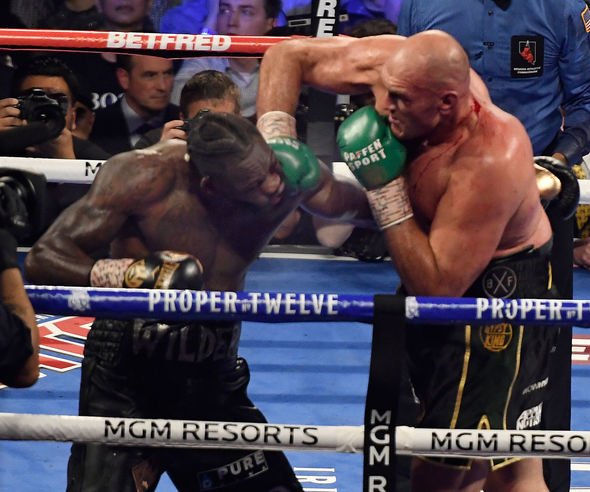 That notion was put to Wilder’s manager Shelly Finkel, who flat out dismissed the prospect of Wilder wilfully stepping aside to allow Fury and Joshua unify the division.

In an interview with World Boxing News, Finkel said: “I can confirm Deontay will exercise his right to fight Tyson Fury next.

“That’s the fight Deontay wants. It will happen next.”

Wilder is hellbent in avenging his defeat to Fury, the first of his professional career, and insists he and the Brit will share the ring for a third time.

“The rematch is definitely going to happen,” Wilder told the Athletic a few days removed from defeat to Fury.

“We’re going to get it on. I want to get right back to it.

“We all aim to reach our goals. I’ll reach mine. It’s just that it’s never on our own time. It’s his time now. Congratulations to him.” 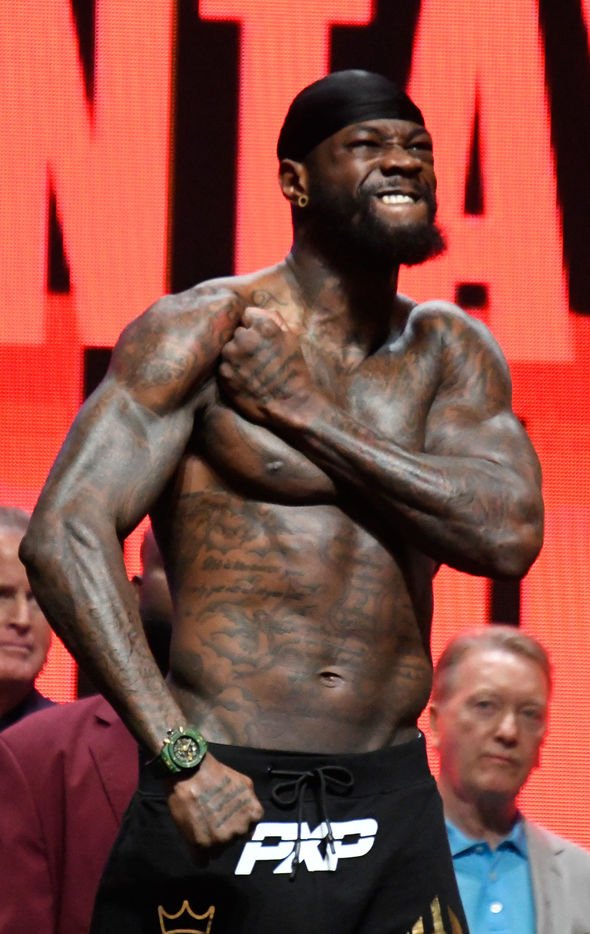 Wilder was quick to give Fury his just dues after the fight but has since attributed his sole defeat to the extravagant costume he wore on his way to the ring, which he claims drained his energy reserves.

“He didn’t hurt me at all, but the simple fact is… that my uniform was way too heavy for me,” Wilder told Yahoo Sports. “I didn’t have no legs from the beginning of the fight.

“In the third round, my legs were just shot all the way through. But I’m a warrior and people know that I’m a warrior. It could easily be told that I didn’t have legs or anything.

“A lot of people were telling me, ‘It looked like something was wrong with you.’ Something was, but when you’re in the ring, you have to bluff a lot of things.

“I tried my best to do so. I knew I didn’t have the legs because of my uniform.

“I was only able to put it on [for the first time] the night before but I didn’t think it was going to be that heavy.

“It weighed 40, 40-some pounds with the helmet and all the batteries.

“I wanted my tribute to be great for Black History Month. I wanted it to be good and I guess I put that before anything.”