Deontay Wilder has hinted that he will ask George Foreman to help train him for his heavyweight world title rematch with Tyson Fury. Foreman said earlier this month that Wilder could ‘easily’ beat Fury in the trilogy.

Wilder was knocked out in the seventh round of their clash in Las Vegas seven weeks ago.

Fury pressed forward for the duration of the fight and made Wilder’s corner throw the towel in to stop him taking more punishment.

The tactics of Wilder’s corner were questioned after, and Mark Breland, who threw the towel in, looked like he would be let go by Wilder.

JUST IN: Deontay Wilder will refuse to step aside for Joshua vs Fury mega-fight

Breland did the right thing by stopping the fight, however, and Wilder decided to keep hold of the Olympic gold-medallist.

But Wilder said recently he would be ridding the team of ‘snakes’ who have ‘jealousy’ problems.

And he’s now hinted that Foreman may end up being one of his new trainers.

“It was good talking to George. George is one of the guys who has been trying to get in touch for a good little bit,” Wilder said.

“But you know we’ve been moving so much and everybody has got a schedule and stuff.

“During this time everything is shut down so it’s always good to have great conversations at this moment in time.

“We had a great conversation. 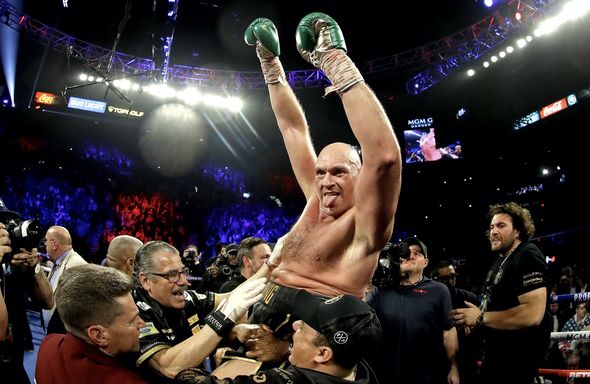 “We talked about a lot of things that went on in his career. You know good and bad.

“He definitely dropped a couple of gems down for me. It was good to see him.

“So once everything clears up I think I’m going to go out and go see George.

“I’ll see him face to face and spend some time with him and intake some of that good old knowledge that he has up there.”