David Haye has removed one word from any questions about his return to boxing.

‘It’s not a comeback,’ Haye swiftly interrupts when he is teased about his dramatic re-entry to the sport at the age of 40.

One of the sport’s greatest showmen, Haye has been at the centre of stunning plot twists, so we shouldn’t be so surprised that he is back for one more encore.

The back story to his latest bout, a battle for bragging rights with his friend Joe Fournier could not be more bizarre.

Fournier, an unbeaten light-heavyweight fighter, joined Haye on a recent holiday to Greece, and a raucous debate broke out over dinner about who would win a fight between the pair.

Brash statements were made, contracts were drawn up and Haye will face Fournier on a chaotic Los Angeles fight card that also features the returning boxing legend Oscar De La Hoya against a former UFC champion Vitor Belfort.

“It’s literally just to settle a personal score with my friend,” Haye insists.

“Literally just to beat my friend up and say, ‘See, I told you I’m better than you,’ but now it’s turned out to be this big event.”

Believe what you want, Haye is back.

What if the crowd calls for one more, just minutes after he swiftly dispatches Fournier, and bigger, far more lucrative fights are listed in his farewell interview? 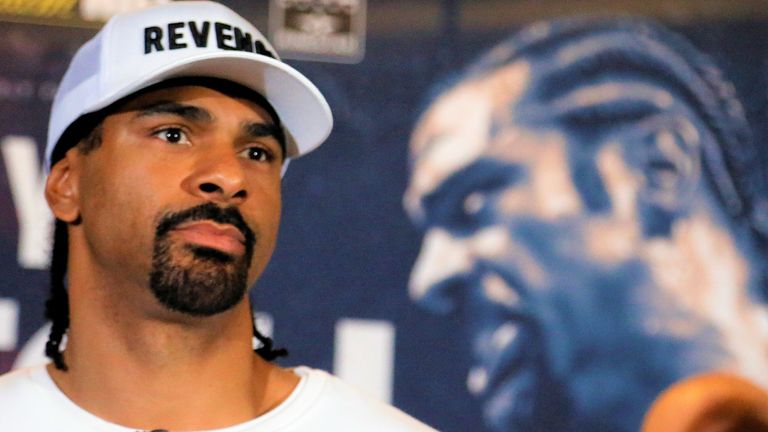 “It’s a good point, not to make any decisions when the adrenaline is flowing after you’ve just beaten someone I’m a 100-1 favourite to beat,” admits Haye.

“Definitely don’t make any decisions right there, but this, as I’ve said from my press release, this is not a comeback. This is just me settling a score with a friend of mine.”

Haye already knows what happens when veins are pumping and voices are raised.

But four years, two defeats to the Liverpudlian and a torn Achilles later, the former world champion is only edging ever so slightly out of retirement.

Any enticing talk about the future will be laughable if his advancing age and lingering injuries result in a disastrous night.

Would a loss to Fournier represent a nightmare ending?

“Of course it is,” admits Haye.

“There shouldn’t be any version of reality that sees me losing this fight.

“With two Achilles tendons snapped, I should be able to find a way to win this fight.

Even with Fournier, a long-term companion in front of him, Haye insists he will not hold back.

“The quicker I get it over and done with, the better, for everybody,” he said.

⏪Back in 2018 @TonyBellew returned to the 02 Arena to make it 2-0 against David Haye🤜⚡pic.twitter.com/rgvDfioQNr

“Once I get my timing there, it should be pretty brutal, pretty fast.”

That will be it, Haye assures us, a final knockout finale to a career that included world title triumphs in two divisions.

Except you’ve learned to expect the opposite from Haye, who has twice now been lured back to the sport.

Surely there is a scenario that could see Haye stick around in boxing for a bit longer?

“I don’t really see that happening, at all. 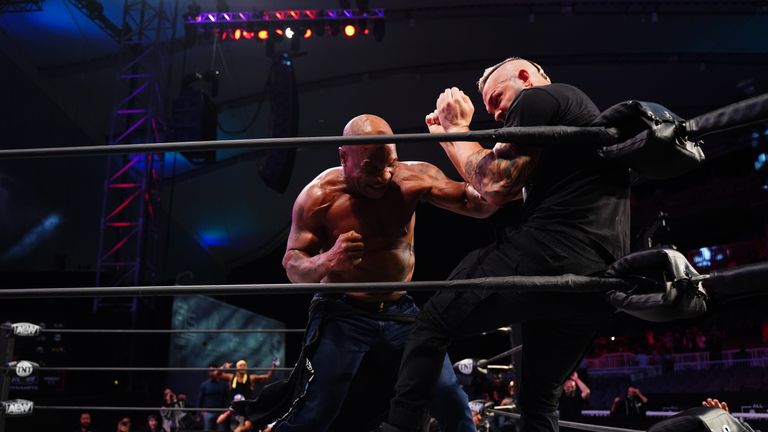 Not even a multi-million-pound meeting with Mike Tyson, who is lying in wait for another opponent on the exhibition fight circuit?

“I don’t want to start thinking about stuff like that,” says Haye quickly to end any further queries.

“Let me just get Joe out of the way. I need to go back on holiday.”

Haye will need another break from boxing.

He’ll let us know how long that lasts.