UFC President Dana White has heaped praise on Conor McGregor for being ‘incredibly loyal’ to him during his nine-year stint with the promotion.

McGregor has gone on to become the most successful fighter in UFC history since being signed by White back in 2013; holding world titles in two weight divisions simultaneously, playing a part in the five highest-grossing pay-per-views ever and amassing a reported net worth of £82million in the process.

Yet despite his commercial importance, White has not always seen eye to eye with the Irishman. 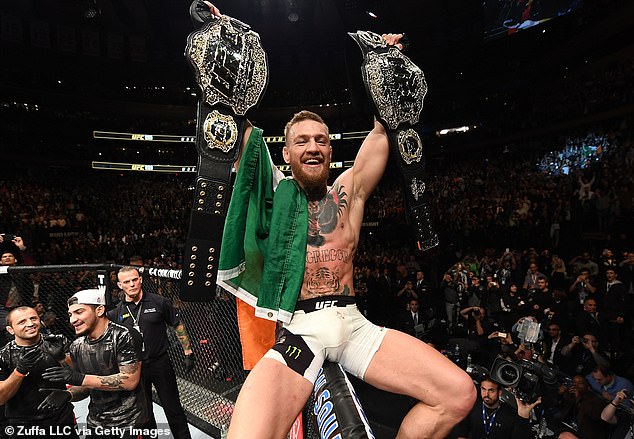 Last year McGregor infuriated him by sharing screenshots of a private exchange between them on social media, in which the former was demanding more frequent activity in the Octagon.

However, the pair are now back on good terms after squashing their beef – and White insists McGregor is one of the most loyal fighters he has ever worked with.

‘Conor McGregor’s one of them. Conor’s a f****** handful boy, but when you look at the way fighters are built, they’re different to everybody else on this planet. 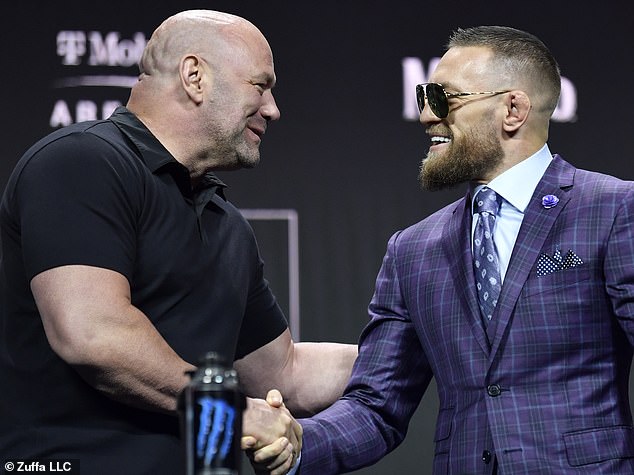 ‘The Ronda Rouseys, Chuck Liddells, Matt Hughes, Conor McGregor, I don’t want to not mention people but there’s been a lot of fighters over the last 20 years that have been very loyal.’

McGregor has been out of action since suffering a gruesome leg break during his trilogy bout with Dustin Poirier back in July.

The 33-year-old is still completing his rehabilitation from the injury, but he plans to resume full-contact sparring in the near future ahead of a potential return in April.

It remains to be seen which fighter he chooses to face next, but coach Jon Kavanagh recently named Nate Diaz, Tony Ferguson, Dan Hooker, Islam Makhachev, Charles Oliveira and Poirier as potential opponents during an appearance on the MMA Hour.