Dan Morley tells Sky Sports about how he reignited his professional career with a ‘fight of the year’ victory following an absence of almost two years.

It’s August 7, 2021 and I’m back amongst the familiar environment of the York Hall locker room, hours before my seventh professional fight, surprisingly stoic considering the 22-months of inactivity I’ve endured in my career.

I’m confident that I’ve used the lay-off effectively, remaining disciplined throughout lockdown and preparing with relentless intensity during nine weeks of ‘training camp’. These experiences provide an unwavering confidence in conquering the challenge ahead; an eight-round main event against Islington’s unbeaten Louis Isaacs.

The pre-fight routine remains the same as before, my hands are wrapped and the 8oz gloves laced tightly. I warm up lightly for around an hour, never to the point of fatigue as the idea is to keep the body loose and not wear yourself out. The only difference on this occasion being the tape on my gloves is signed by a British Boxing Board official as this bout is sanctioned as a title fight.

The sound of Isaac’s punches hitting the pads thud through the locker room walls, but I’m unfazed. This encourages me to prepare with more focus. Constant chanting echoes through the doors as an invigorated crowd roars for the first time in 17 months.

The inevitable butterflies return to the pit of my stomach as I walk toward the ring to an ecstatic response from the stands which nearly rattles the roof. The venue isn’t completely full, but the atmosphere generated by those in attendance makes up for the few empty seats.

As I’m introduced and approach the centre of the ring for final instructions, a wave of adrenaline surges through my body. The famous first bell chimes loudly around the historic venue as raucous cheers are unleashed from ringside. A rumble fuelled by months of frustration, anticipation, and excitement. The York Hall is buzzing once again. All the hard work has been done. I’m ready to showcase my skills. It’s good to be back.

The months prior to fight night were filled with uncertainty, setbacks, and challenges. Following the cancellation of my Southern Area title bout against Aaron Collins 18 months prior, my routine had been gruelling and repetitive. I trained six days a week throughout lockdown under the tutelage of coaches Adam Martin, Mick Guilfoyle and Joe Forrester at the Boxing Booth gym, where world-level sparring and training became a daily occurrence.

Fights were presented at late notice and I was constantly in shape, ready to accept them, but opportunities fell through for months on end.

Rises in cases of Covid-19 and lack of reward for the sacrifice and hard work we were exerting, along with the financial strain of not earning any income, was discouraging and presented psychological challenges.

The days in which you feel unmotivated occur frequently, but these days are the most important. The mind is a powerful tool and consistency is key in any form of success. Having the knowledge that you have pushed through your comfort zones whilst always showing dedication to your craft provides you with a powerful, deep-rooted sense of self-belief.

Sparring top-level fighters who are preparing for their own fights as well as running the gruelling 11km Box Hill run every week gave a sense of purpose throughout this time, actively helping team-mates prepare in pursuit of their own dreams. The togetherness in the gym never faltered and if anything grew stronger through lockdown, which was a vital source of inspiration and critical to my consistency.

With hindsight, lockdown was incredibly beneficial. Providing a chance to improve on my craft with the team without any looming pressure of a fight, whilst improving mental resilience by overcoming the obstacles presented throughout the pandemic. These experiences were essential toward success on August 7 and will undoubtedly stand me in good stead for the future. 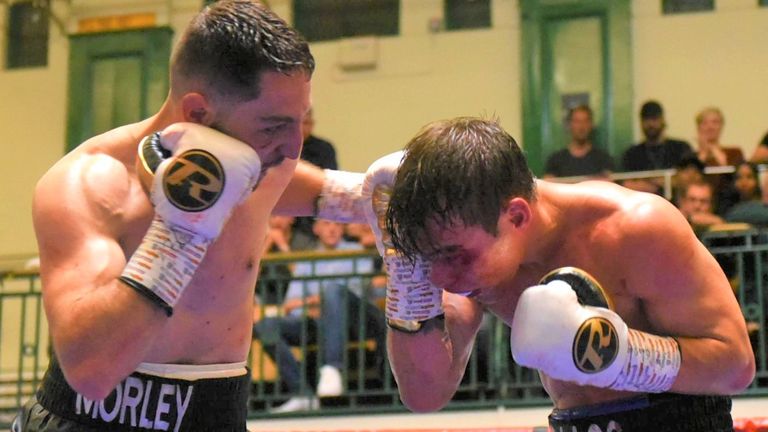 When the Isaacs bout was presented, we instantly accepted. The fight was finalised without any issues and nine weeks of ‘training camp’ were scheduled. Training camp must be intense, to the point in which drills become unbearable and mind-numbingly dull. Fighters must push themselves to the brink and overcome discomfort. It’s a crucial process if you are to triumph. Treacherous tasks will inevitably rise under the pressure of a fight. Failure in preparation will result in failure under the bright lights.

As fight night approached, nerves were present yet never overwhelming. There was a sense of control over the situation due to the months of hard work we had exerted through the enforced break.

As the final bell drew a conclusion to eight thrilling rounds, the referee raised my hand in victory to a scorecard of 78-75. Both Isaacs and I suffered cuts which instantly required stitching in a brutal bout dubbed ‘a contender for fight of the year’, by spectators and British Boxing Board officials. 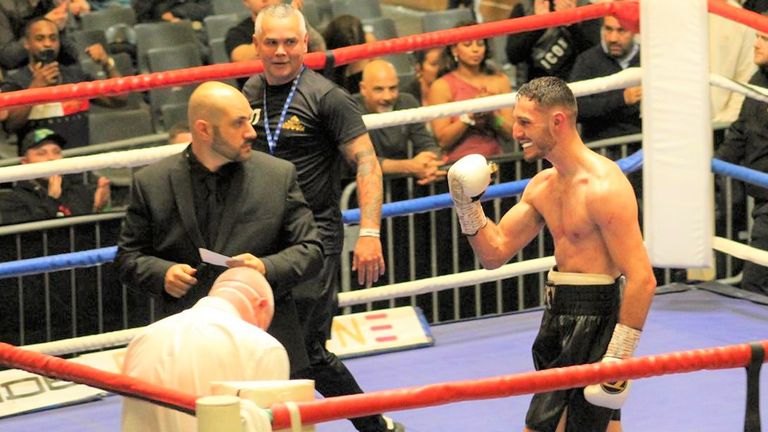 A sense of relief, to have crowds back and continue progressing up the ladder was undeniably present. However, I wholeheartedly had anticipated and expected to win. Not due to an arrogant belief of pure superiority, as the bout was challenging against a very respectable, tough, and dangerous opponent. The confidence was simply sourced from the fact that we had utilised the time throughout lockdown to improve dramatically.

Those months felt torturous, but through a willingness to stay dedicated, maximum benefits were gained that paid dividends on fight night and will continue to do so in the future. Lockdown ultimately served as a lesson that discipline, patience, and the support of a good team, will always pay off in the end. There are always positives in times of uncertainty and it’s vital to always remember the end goal through times of struggle.