Conor McGregor has taken to Twitter to share his dissatisfaction with Joe Rogan’s commentary in his loss to Khabib Nurmagomedov.

After a brief retirement from MMA, McGregor returned to the Octagon after nearly two years away when he faced Nurmagomedov in the main event of UFC 228 in 2018.

The Irishman fared better than many expected in defending his opponent’s grappling-heavy offense in the first round, but was dropped by a punch in the second. 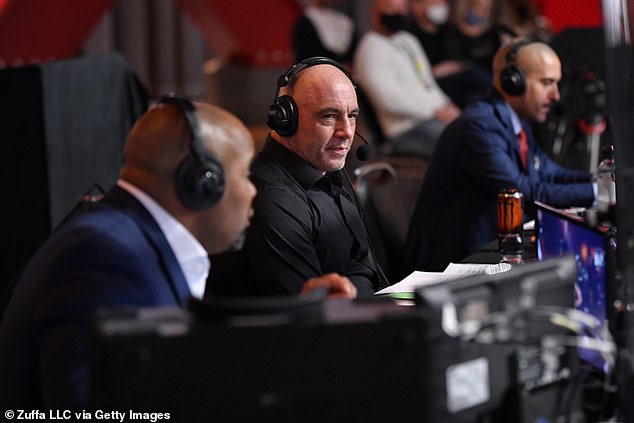 Rogan claimed during the fight that McGregor was being ‘smashed’ by his opponent, Khabib Nurmagomedov

With a dominant position secured, Nurmagomedov began raining down strikes on the Irishman prompting Rogan to assert on commentary that McGregor was getting ‘smashed’.

Nurmagomedov would ultimately go on to win the fight via fourth-round submission, but Rogan’s analysis of the action appeared to have struck a nerve more than four years later.

Writing on Twitter, McGregor shared a video of an illegal knee that he landed on Nurmagomedov during the fight.

‘I call this knee strike ‘the springbok’ Remember reebok? Ye well this is springbok. You ever see a springbok jump? Well just have a look at that knee springbok into this eye sock hahahaja I’m the goat of unseen shots. That’s without question.’ 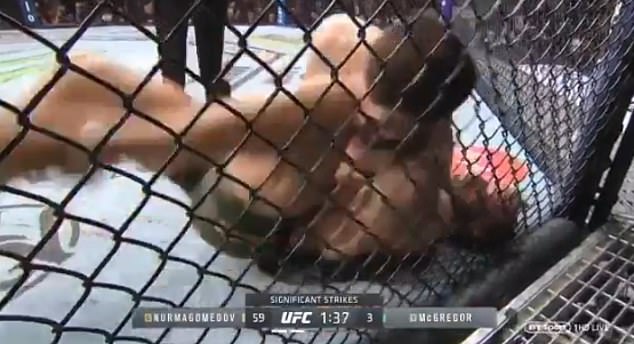 ‘That was an illegal knee on the head of a grounded opponent, shut up, Joe, you little fool, ye. What are you talking about, smash this and smash that?

The former two-weight UFC champion also shared a photo of a bloody Donald Cerrone after their UFC 246 bout, accompanied with caption asking Rogan if he had ‘ever (seen) me like that? Never.’

The 34-year-old has not fought since suffering a broken tibia in his trilogy bout with Dustin Poirier in July of last year.

However, McGregor did recently offer an update in terms of his return to action by stating that he intends on re-entering the UFC’s drug testing pool in February.