Conor Benn has revealed he does not watch his opponents in the build up to his fights as he prepares for his bout with Chris van Heerden.

Speaking ahead of his clash with the South African southpaw, the London-born fighter said that he leaves all preparation for his opponent up to his trainer Tony Sims, who he declared ‘one of the best in the world’.

Benn and van Heerden meet in Manchester on Saturday night as the ‘The Destroyer’ looks to defend his WBA continental welterweight belt.

He told Matchroom’s YouTube public workout broadcast: ‘Not really, no [haven’t watched much of van Heerden].

‘I haven’t watched him, at all. I don’t watch any of my opponents because I don’t believe in watching what they’re good at.

He added: ‘The minute I start watching them and I say “oh he does that well” – I start seeing what I think I see. I let my trainer do what he does – he’s well experienced [and] he’s one of the best trainers in the world, in my opinion. 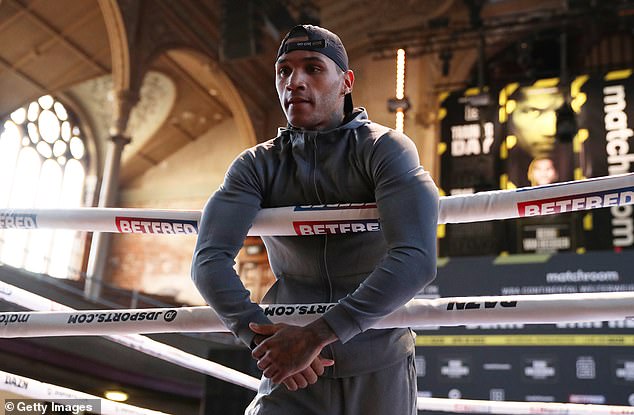 Benn went on to challenge opponent van Heerden while questioning the South African’s respect for him as a fighter.

He said: ‘It’s only a matter of time before I catch up with van Heerden. He says he respects me as a boxer, as far as I’m concerned the last time I checked he said I can’t box, there’s the silly talk.

‘If he wants to make the same mistake as everyone else, thinking that I cant box then make that mistake thinking I cant box… I’ll knock you out.’

Meanwhile, Benn refused to entertain questions regarding his next bout, saying he made that mistake early on in his career and he has only just started to ‘recover’ from that.

It comes after his promoter Eddie Hearn told Sportsmail that van Heerden would be his ‘last little test’ before he ‘he jumps in with a Kell Brook, a Mikey Garcia, Danny Garcia, an Adrien Broner, a Keith Thurman – one of those elite names.’ 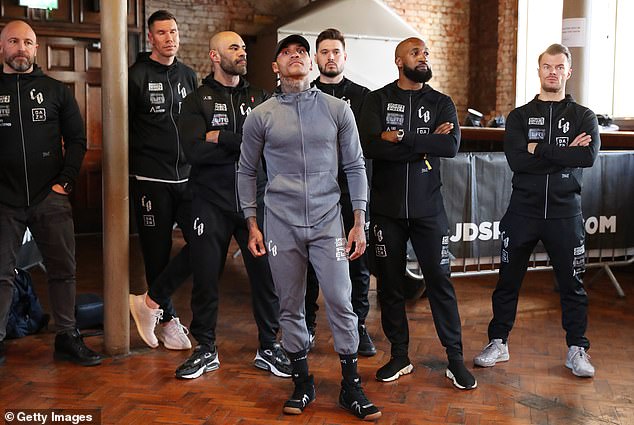 However, Benn said: ‘I’m not even entertaining that question [a fight with Errol Spence].

‘That’s not even at the forefront or back of my mind because it all becomes irrelevant if Saturday night doesn’t go my way.

‘I made that mistake early on in my career. [Which was] such a blessing. I’ve only just started to now recover from that.’

Benn’s opponent on Saturday night, van Heerden, also spoke to Matchroom after his public workout and said the fight meant ‘everything’ to him. 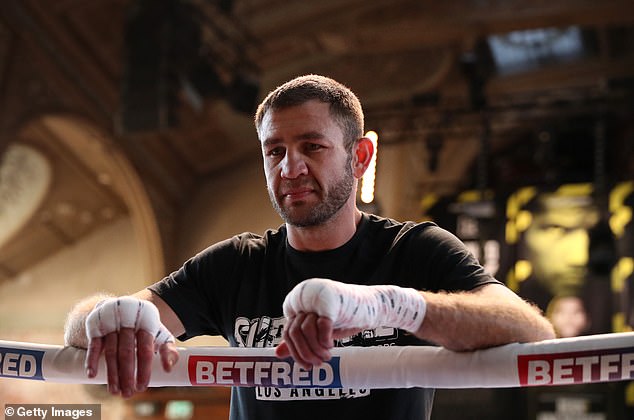 ‘You know what, this means everything to me. People have no idea what this means to me, I didn’t have to leave South Africa. I’m a celebrity back home,’ he said.

‘But my dreams of vision were bigger because my dad saw it for me and I saw it for myself.

‘And I packed my bags and I left [my home] and I grew up. And I lost everything. But I never lost focus on my vision – my vision was always this: main event, thousands of people, your name up in lights. My dad saw that in me. 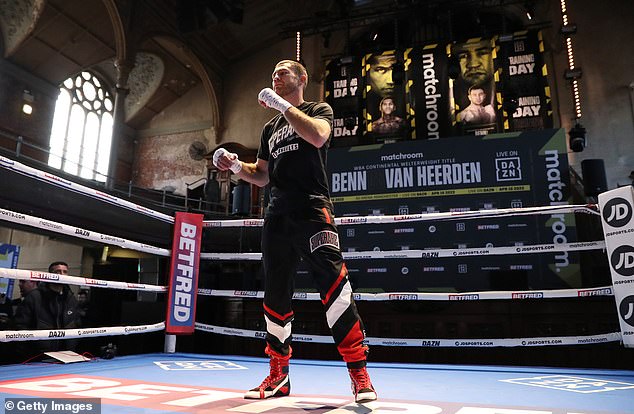 ‘I left my dad eight years ago, I had to say goodbye to him because I’m chasing this dream, this vision and I missed out on birthdays and Christmases and then I lost my dad.

‘[He] was brutally murdered in South Africa and to finally be able to do this three years after, is perfect timing.

‘This moment means so much. I can finally say “dad, I didn’t miss out on birthdays and Christmases [for nothing]”. We finally did it – I’m here.’

He added: ‘Our dream and vision and hard work and dedication paid off. This is what this moment means to me, I’m healed, I’m excited, this is a dream come true.’

The fight will air exclusively in the UK on DAZN.