Chris Eubank Jr has offered to fight YouTuber-turned-boxer Jake Paul after it was announced that his bout with Hasim Rahman Jr had been cancelled. Paul has claimed that his rival has refused to cut to the agreed weight for the fight and therefore would not be hosting the event.

The fight was scheduled for the 6th of August at Madison Square Garden, with an undercard also scheduled. In a statement released by Most Valuable Promotions, Paul’s promotional team, it was claimed that Rahman was supposed to weigh in at a maximum of 200lbs, but in recent weeks has not been anywhere near to that mark.

Paul is thought to have been willing to press on with the fight, moving the weight allowance up 5lbs, but Rahman’s camp declined – instead indicating that they ‘planned to weigh 215lbs’. Paul tweeted: “First Tommy fumbled and now Hasin Rahman crumbled. These boxers are the most difficult people to work with and continually lack professionalism and confidence to fight me.”

But Eubank Jr called out the 25-year-old and has offered to “save” Paul’s night. He responded to Paul’s tweet, saying: “Fumbles and crumbles are not ‘boxers’, they are guys who put gloves on every now and again for clout… no different to you.

“I’m fighting in a couple months but I can squeeze you into my schedule next week and save you if you have the heart to get into the ring with a REAL boxer.” The tweet received over 7,000 likes, with plenty replying to the message calling for Paul to accept the invitation – though he is yet to respond.

Eubank Jr is set to take on Conor Benn at the O2 Arena on the 8th of October, with the pair taking up the mantle from the feud of their fathers, Chris Eubank and Nigel Benn. And with that fight on the horizon, it seems unlikely that Eubank’s proposed bout with Paul is plausible – if it was ever on the cards. 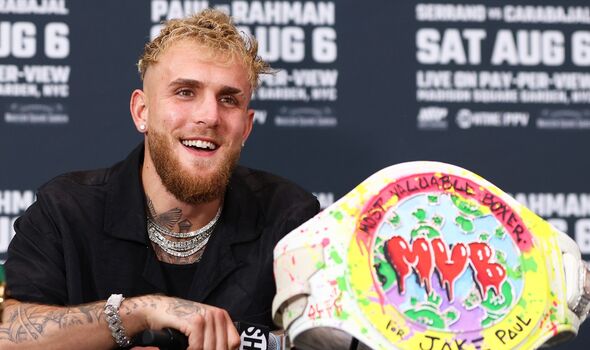 Despite the Paul camp claiming that it is Rahman at fault for their fight being cancelled, the 31-year-old has hit back. He tweeted claiming that Paul and his team had cancelled the fight rather than him, with it being called off ‘on their terms’.

He then posted two videos explaining what had happened from his point of view, where he said: “I told this man, there are penalties involved, keep the purse, I will fight for the $5,000 minimum, that’s how much it means to me and that’s how much faith I had in knocking him out.