Billy Joe Saunders is hurting ‘physically and emotionally’ but can return after fracturing his eye socket in defeat to Saul ‘Canelo’ Alvarez, says promoter Eddie Hearn.

Saunders underwent surgery after sustaining three fractures of his right eye socket during his stoppage loss to the Mexican star at the AT&T Stadium in Texas on Saturday night.

Hearn admits Saunders will make the final decision about his future after suffering his first loss in 31 fights, but believes the two-weight world champion is likely to resume his career. 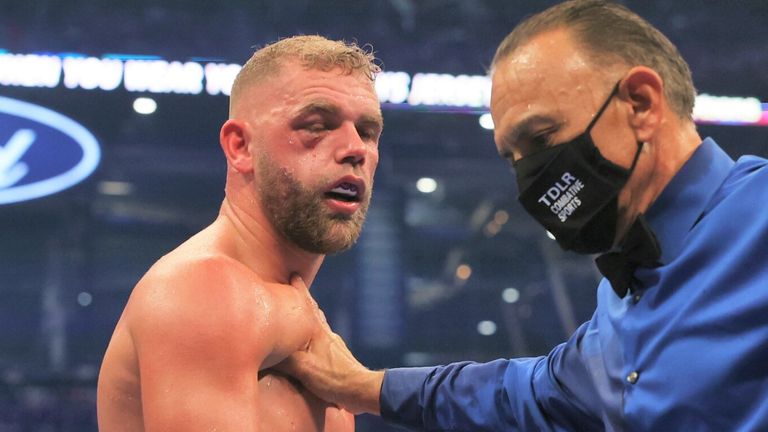 “Of course the injury is a concern moving forward, but also the desire,” Hearn told Sky Sports News.

“He’s boxed at the highest level. I thought he was tremendous on Saturday.

“He tried to win the fight. He came up against the pound-for-pound No 1. He got a horrendous injury. His trainer pulled him out, but he can hold his head up high, in my opinion, and he’s still one of the best middleweights and super-middleweights in the world.

“His profile has risen greatly through it, but it is a tough sport, it was a bad injury, and when you’ve won two division world championships and tried to unify against the pound-for-pound No 1, what does the hunger say inside you?

“I think he’s going to come back. I think he’ll be hurting physically and emotionally from the defeat and we’ll support him. I believe you’ll see him back again.”

The 31-year-old has posted an update on social media, declaring his intention to fight again. 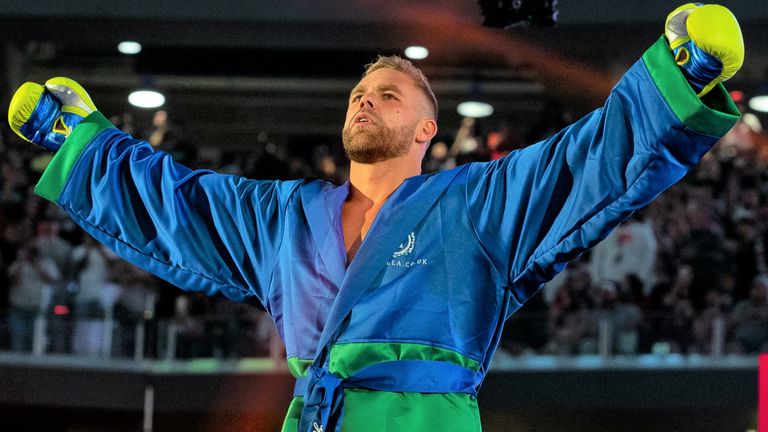 Saunders was pulled out of the fight by his trainer Mark Tibbs after Canelo caused the gruesome injury with a huge uppercut in the eighth round.

Hearn said: “The whole thing about the quit syndrome – firstly his trainer pulled him out of the fight.

“Don’t forget, if you watch that uppercut that landed, his face was caved in from that punch.

“As soon as he came out of the clinch, you could see the damage, and he went on for another minute-and-a-half of that round, taking big shots.

“He didn’t take a knee, didn’t turn his back. He stayed in there. When he went back to the corner and he told Mark Tibbs he couldn’t see, Mark Tibbs just pulled him out of the fight. Any trainer would have done.

“If he would have gone out for that next round against a fighter like ‘Canelo’ Alvarez, who was ready to try and close the show, it’s worrying to think what would have happened.”