Eddie Hearn has claimed that a deal which would see Anthony Joshua fight Tyson Fury in a blockbuster undisputed world heavyweight title bout is all but done. The contract is yet to be signed but Hearn believes it is only a matter of time before the final details are ironed out, with the broadcast deal and venue arrangement still being negotiated.

Fury has not fought since he won the WBC world heavyweight title in his rematch with Deontay Wilder back in February, while Joshua defeated Kubrat Pulev in December to retain his WBA (Super), IBF, WBO and IBO heavyweight titles to set up a bout between the two.

Speaking after his win over Pulev, Joshua said: “When I started this game in 2013 I’ve been chasing all the belts, dealing with mandatories.

“Of course, I want a challenge, it’s not about the opponents, it’s about the legacy and the belts — whoever’s got the belt, I’d love to compete with them.

Speaking to the Times, Hearn offered a positive update on negotiations, saying: “The deal is done, really — without being signed.

“The financial elements of the deal are done. We’re talking through the broadcast situation, the only thing really now is to paper it.

“And when you paper a deal like that, it does go back and forwards 15 times before every single letter is approved on the document.”

Hearn has claimed that the deal would involve a rematch, adding that the first fight is likely to take place in the Middle East but he hopes the rematch will be in the United Kingdom. 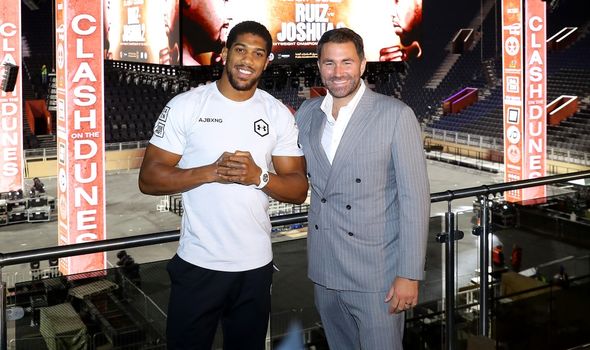 “The Middle East will be aggressive and will be front-runners in this,” he added.”To stage this fight, you need significant government support.

“You need someone who is staging this fight as a statement for their country.

“I’d like it [the rematch] to be [in the United Kingdom]. Where? Millennium Stadium.”

Fury’s American promoter Bob Arum has previously said that he is “95 per cent confident the fight happens”. 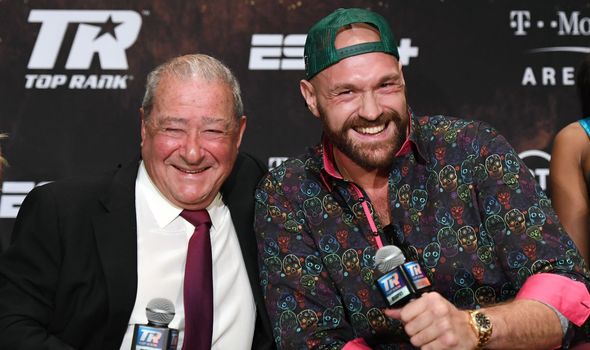 Speaking to Sky Sports News, Arum said: “I don’t want to make a deadline, but I just can report that everything so far has been going splendidly, and we hope to have a signed document within the next couple of weeks.

“That might not provide for a site, because again, we can have a document that the fighters would have signed, and everything, and then have a mutual agreement clause of the site.