Andy Ruiz Jr was floored but overcame the early struggles to out-box Chris Arreola in his return to the ring on Saturday night in California.

He won a unanimous decision in his first fight since conceding the world heavyweight championships back to Anthony Joshua in their rematch in December 2019, a battle he lost after gaining weight and blaming “partying”.

Ruiz Jr looked to be facing disaster against Arreola when, in the second round, he was forced onto a knee after taking an overhand right.

He survived but the third round became a dramatic shoot-out with both men landing power punches.

Eventually, Ruiz Jr adjusted and settled into the fight as a counter-puncher, dominating the final stretch. 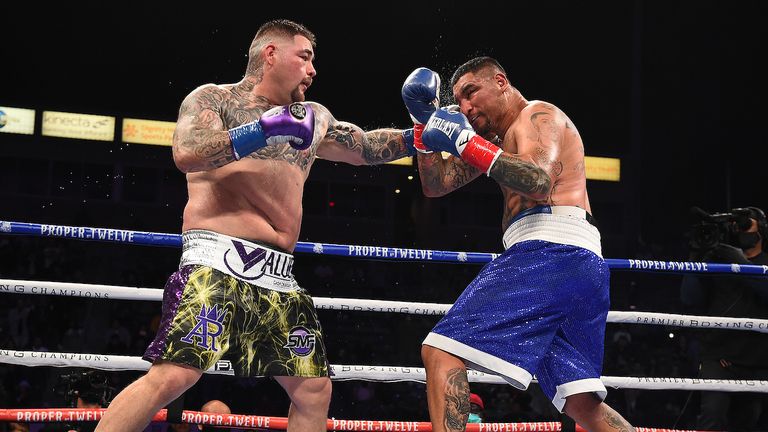 Mexico’s first-ever heavyweight champion had Eddy Reynoso, the trainer who is also behind Saul ‘Canelo’ Alvarez, in his corner for the first time.

He had also shed considerable weight since his fights with Joshua.

“Chris is a veteran and a hard puncher,” said Ruiz Jr. “We did what we had to do tonight. We got the victory that we wanted. I was at my lowest point and now I have to climb the ladder again. I’m thankful for the victory and I’m ready to move on to the next. 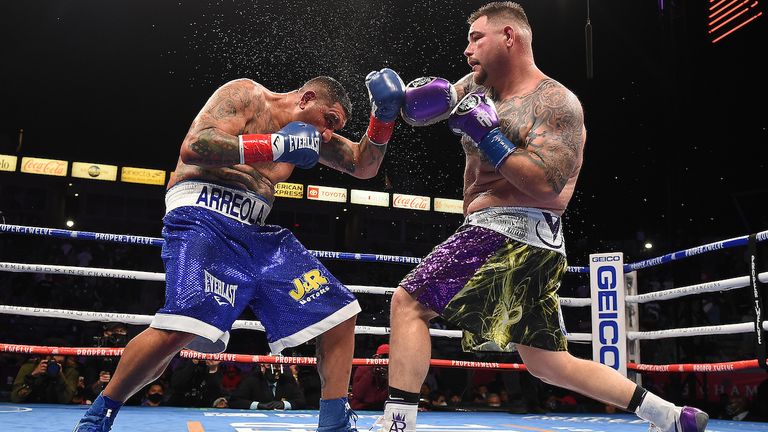 “He got me with a good clean right hand in the second round. I was too overconfident and dropped my hand a bit. Hats off to him.

“We just kept pushing and pushing. I switched up and started focusing on counter-punching and working the body.

“I felt a little rust and I know other fighters can relate to that,” said Ruiz. “If he wants to run it back, we’ll run it back with him.”