The REAL Last Dance: Netflix smash saw Michael Jordan win six NBA titles with the Chicago Bulls… but skipped his encore with the Washington Wizards where he wowed fans aged 40 but was past his best, angered team-mates and was hapless team president

Michael Jordan always was, and always will be, remembered for a stunning NBA career in the Windy City. Chicago through and through, he won six NBA titles and to this day holds countless records with the Bulls.

Right now, in 2020, he is back in the headlines after a smash Netflix series titled The Last Dance detailed his incredible journey and final, eventful season at Chicago.

But in truth, his real final, eventful season happened five years later and 700 miles east in Washington DC. It’s just Jordan doesn’t like talking about it all that much. 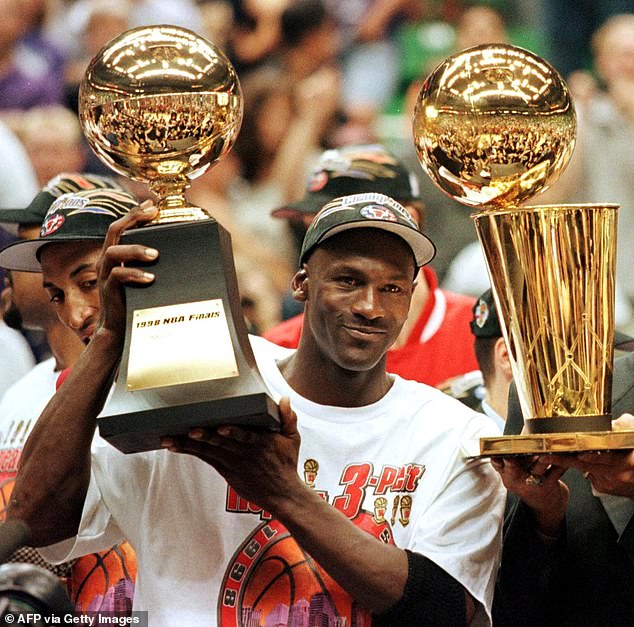 Jordan, instead, is remembered for a stunning career in Chicago, where he won six NBA titles

With such success in Chicago, it is perhaps understandable that MJ is all-too-keen to make you forget about his time with the Wizards, but it wasn’t exactly a whistle-stop tour of the capital.

In fact, Jordan spent three seasons there, playing into his 40s before becoming the team president… but it was a rocky road throughout.

His glittering pre-Washington career has enabled Jordan to all-but scrub from history his final few years, DC a mere footnote at the end of his time on the court.

But they happened, and in truth there could be an entire Netflix documentary dedicated to them. This is The Real Last Dance.

Let’s begin at the turn of the century. Jordan retired – again – in 1999, stepping off the court in Chicago with all manner of accolades, and enough cash to last many a lifetime.

He was 37, way past his prime, but desperate to stay in the game. In interviews, he insisted he was ‘99.9 per cent sure’ he would never step onto the court again as a player, but such was his love for the game that he couldn’t go too far.

Heading east to Washington, he bought a stake in the Wizards and became the part-owner and president of basketball operations. Although never having ventured into the management side of the game before, who was to stop a man like MJ? 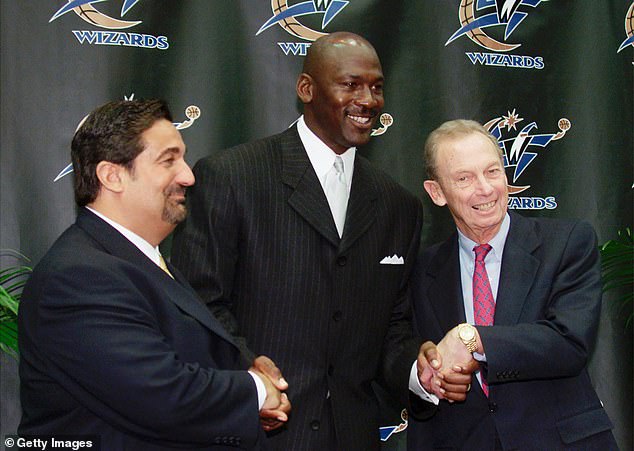 In 2000, Jordan announced his arrival at the Washington Wizards as part-owner and president of basketball operations

Nobody knew the game better… or so it was thought? In truth, his ability off the court did not quite measure up to his on-field performances in the eyes of some.

His say was final, and nobody would dare stand in the way. He purged the team of several unpopular, highly-paid players, much to the delight of the fans in Washington, but there were decisions that left plenty to the imagination.

The 2001 NBA draft saw the Wizards pick up Kwame Brown, the youngster arriving with plenty of promise. He was the first No 1 draft pick to be selected straight out of high school, but massively failed to hit the heights expected of him.

‘If you draft me, you’ll never regret it,’ were the words reportedly uttered by Brown to then-Wizards coach Doug Collins, but the 4.5 point-average in his first season said different. He was traded away after four seasons and is not regarded fondly by those of a Wizards persuasion. 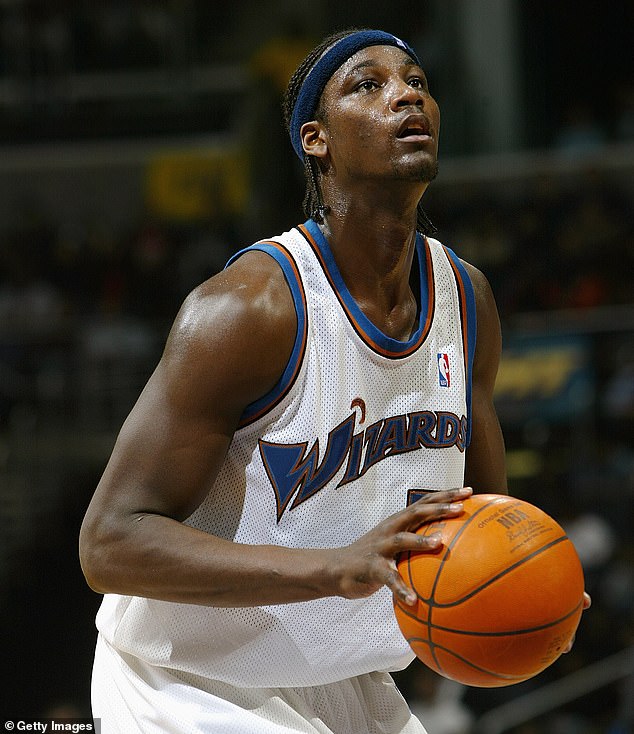 With the players not impressing on the court, Jordan decided to take matters into his own hands – quite literally.

Picking up the basketball once more, and ripping up all prior promises never to play again, Jordan announced he would return to the NBA for the 2001-02 season.

The summer of 2001 saw MJ relentlessly training for his much-anticipated comeback. Of course, the world’s cameras were trained on DC to see how this near-40-year-old legend would fare kicking it with the kids.

Perhaps in a bid to recreate some of the old Chicago magic, Jordan hired Doug Collins as the team’s coach – one of his first bosses with the Bulls back in 1986. 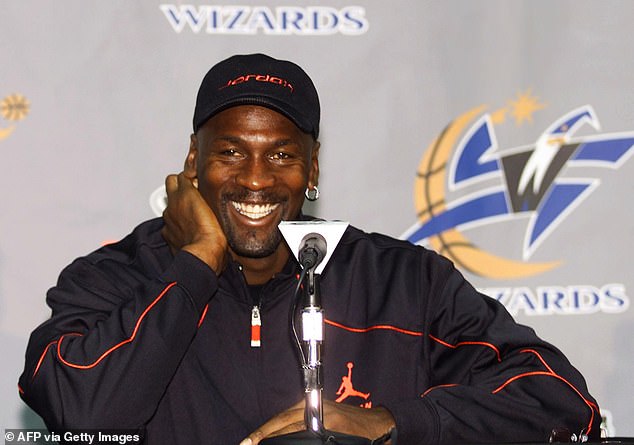 In 2001, Jordan could no longer watch from off the court and he returned as a player for 01-02

‘His Airness’, as he was by now known due to his famous Nike brand, announced at the end of September 2001 that he would donate his entire salary as a player to the victims of the September 11 attacks. A legend on the court, and this was a legendary gesture off it.

When the season began though, it was not at all plain sailing for MJ, as he dealt with an injury-plagued return and could only manage 60 games – his fewest in a regular season since 1994-95.

Having retired twice, MJ found nothing to nourish him like taking to the court, so he did it for as long as he could… and who could blame him for that? While he had the funds and the lifestyle to put his feet up, he just couldn’t shake his desperation to return to the sport he loved. 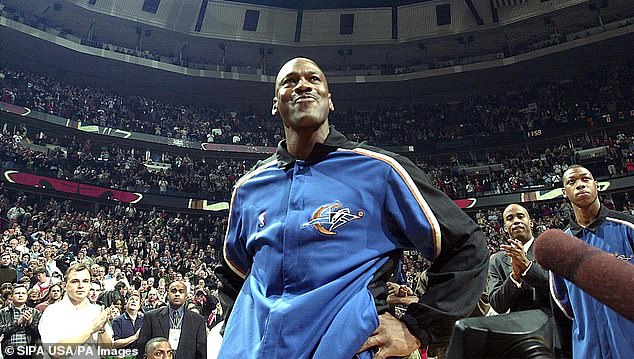 Although approaching his 40th birthday, Jordan was regularly the best player on the court

After the injury nightmare of 01-02, things took a turn for the better in his second season back on court, and at the ripe old age of 40 he played in every one of the Wizards’ 82 regular season matches.

But this was not Chicago. This was not the Bulls and it was not Scottie Pippen and Dennis Rodman anymore.

He was not in his mid-20s, and he could not drag the team to titles like he used to, despite the desire burning deeply within him.

There was plenty of good, of course. He was the first man over 40 to score 40 points in an NBA game, and he even scored 51 points in one game at the age of 38.

He averaged 20 points a game in his final season as a professional at the age of 40, and was still often the best player on the court. Of course, he was still MJ and he was still brilliant… but the team as a whole was not. 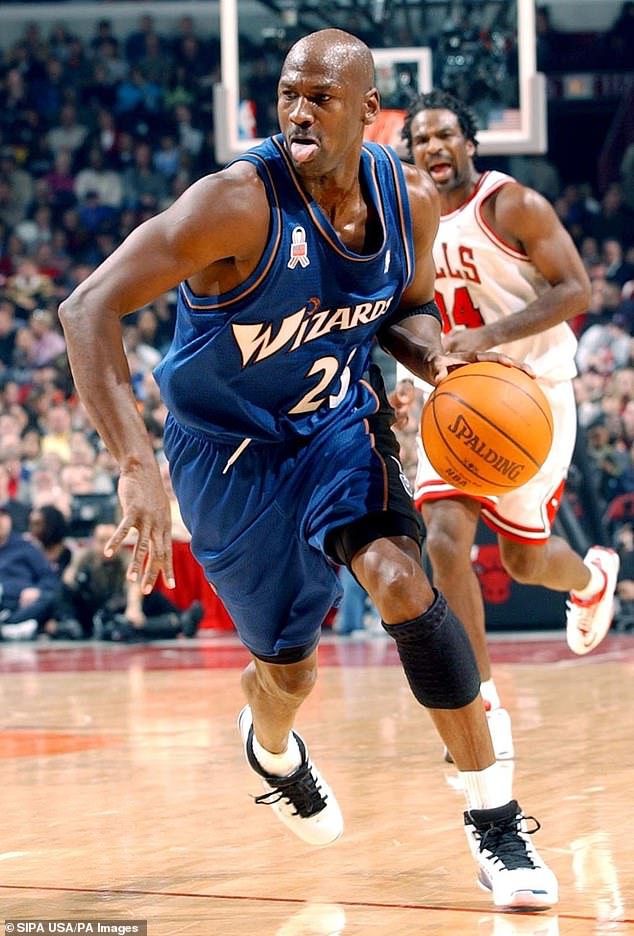 During his time in Washington, every single home game sold out. The Wizards were the second most-watched team in the NBA, averaging 20,172 fans a game at home and 19,311 on the road.

But despite the support, they just weren’t as good a team as Jordan was used to. On numerous occasions, his frustration spilled out on the court.

The Wizards finished 37-45 in each of Jordan’s final two playing seasons, and they failed to make the play-offs on both occasions.

In the media, he openly criticised his team-mates, slamming their lack of focus and intensity. To many, the players’ desire may have seemed more than adequate, but it wasn’t at Jordan’s level. In truth, that was impossible. 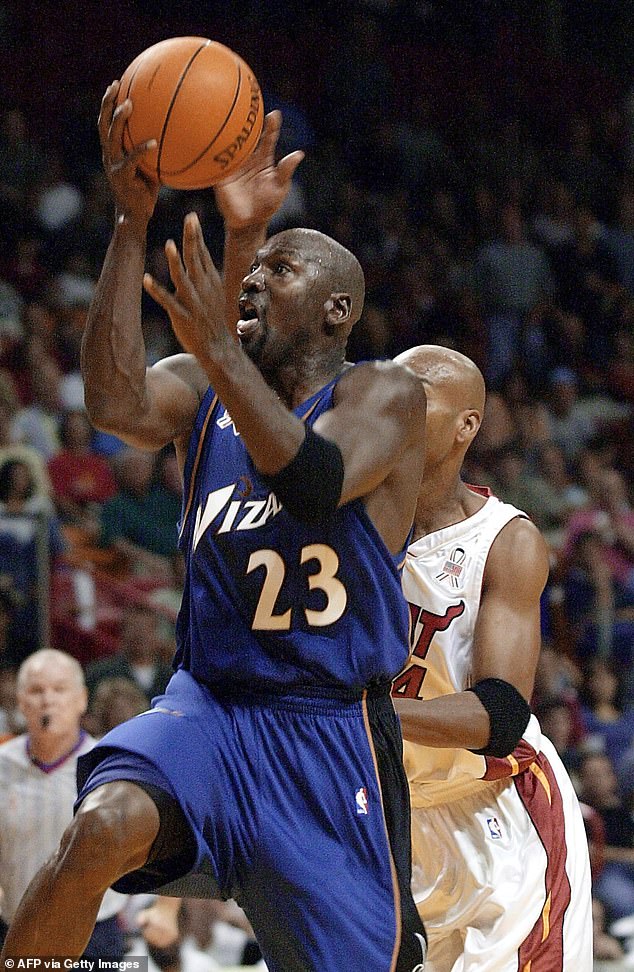 Although he still had a burning desire to win, he couldn’t haul the Wizards up to a play-off spot

But he just loved the game, and was desperate to achieve even one ounce of the success he managed in Chicago. But it was not to be.

While the brain could manage it, and the drive and the desire was there, the legs and the ability were not. Yes, he was still often the MVP and dragged Washington through many a game, but it was impossible to do any more at the age of 40.

After hanging up his boots, Jordan stayed in DC and had to endure a particularly sour end to his time with the Wizards.

After his two seasons as a player, it was assumed by most – Jordan included – that he would be able to return to his front-office position as Director of Basketball Operations.

As previously mentioned, though, it wasn’t all love for Jordan higher up the chain and several business decisions had rubbed management up the wrong way. 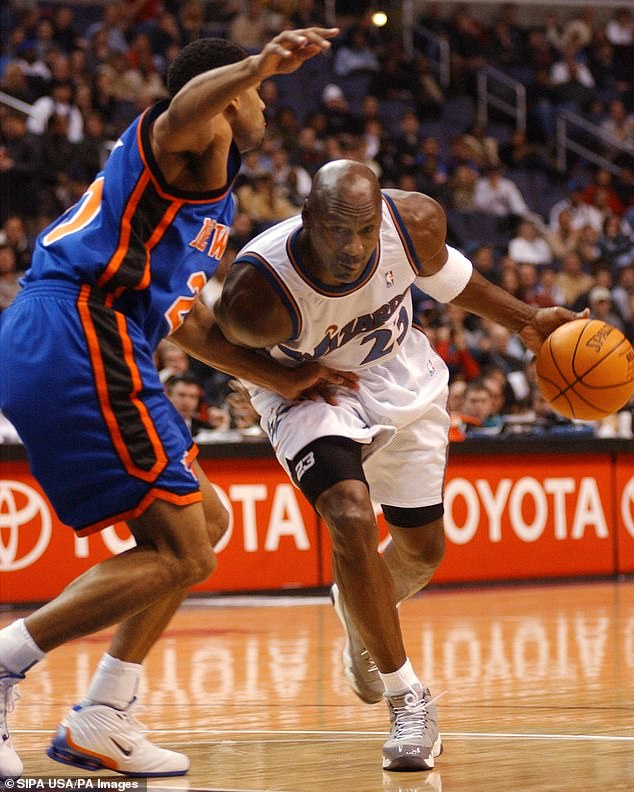 He drafted Kwame Brown only to ridicule him in the media, he ran Richard Hamilton out of Washington only to watch him become a star in Detroit, and he made it a miserable environment for young players like Jerry Stackhouse.

Building to a crescendo on May 7, 2003, the team’s owner Abe Pollin fired Jordan from the role, embarrassing one of the game’s greatest ever players.

MJ later admitted that he felt betrayed by the hierarchy and would never have returned as a player if he had known he would be treated like that later down the line.

This, indeed, was The Last Dance in a memorable and thrilling career… although MJ would rather you forgot about it completely. 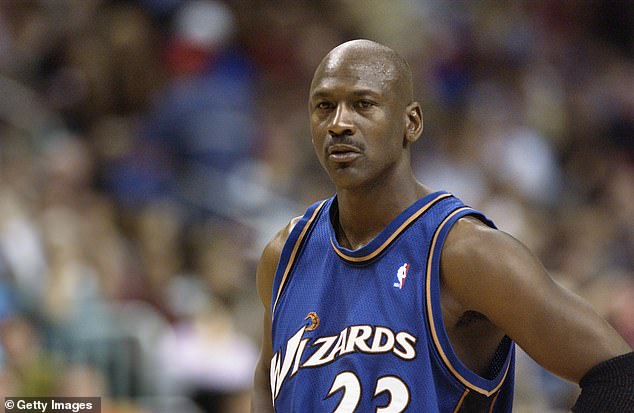