‘The Last Dance’ is reminding us of the genius of Michael Jordan, a legend who turned players into brands… it makes him look superhuman but I don’t care – he was

Lockdown and nostalgia are best buddies and so perhaps we should not be surprised that The Last Dance, the Netflix series about the life and career of Michael Jordan, has been greeted as if it were a documentary that has uncovered the second coming of Christ for a legion of new followers previously unaware of his miracles. It is not wholly inappropriate: by the Nineties, God was passé. Jordan was the new deity.

I don’t care if The Last Dance makes Jordan look superhuman. Because he was. It has been a privilege of a life watching sport that I have been able to see Ayrton Senna drive a racing car, Roger Federer hit a tennis ball, Tiger Woods strike a golf ball and Lionel Messi work his magic with a football. But I never felt as much in the presence of greatness as I did when I was watching Jordan on a basketball court.

Every time I watched Jordan play, there was no place I’d rather have been. Sometimes, as a reporter, you attend events that make you feel as if you are at the centre of the sporting universe. It was like that every time you watched Jordan.

His magnetism was extraordinary. His will to win was unmatched. And for good or bad, he elevated sport’s relationship between populism and commercialism to a new level.

People argue now that LeBron James has taken his mantle as the greatest basketball player there has ever been. That may be the case. But that does not change what Jordan did for sport. Or perhaps what he did to sport. He turned players into superstars in a way we had not seen before. He created the template for athlete-as-brand. He threw open the gates to a world of untold riches for leading sportsmen.

And even if he did not speak out about race because ‘Republicans buy sneakers, too’, he changed perceptions of race.

He was not just a genius as a sportsman, he was a successful black man at the head of a multi-million dollar corporation — his own. He was not just an athlete. He was a powerful businessman. He may not have spoken out like Muhammad Ali but he set a different kind of example. He joined the establishment and thrived within it. 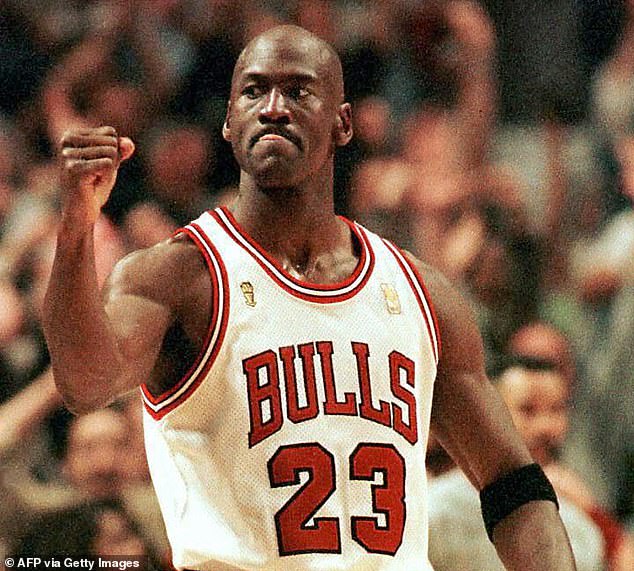 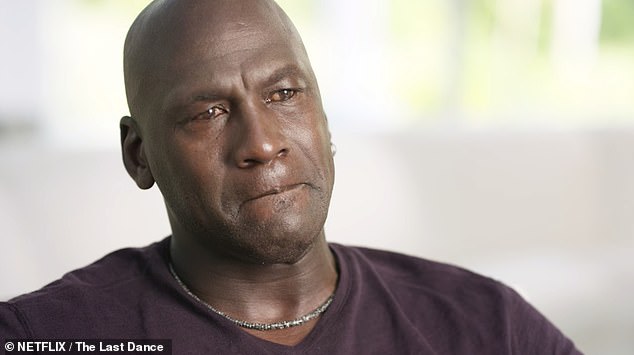 Jordan was so much more than a genius athlete, he was a businessman and set an example

The first time I saw Michael Jordan play, he was standing in a cage at the Hoover Metropolitan Stadium just outside Birmingham, Alabama, sweat pouring off his brow in the sultry heat of a June afternoon in the deep South and a baseball bat in his blistered hands.

It was the summer of 1994 and Jordan had retired — temporarily — from basketball after winning three NBA championships with the Chicago Bulls to pursue the dream he and his late father had shared that one day he would play in the Major Leagues.

I had seen him play the night before for the Chicago White Sox’s Double A affiliate, the Birmingham Barons, against the Huntsville Stars. Things were not going well. After a good start to his minor league career, pitchers had worked him out and he was swinging and missing at breaking balls and striking out.

The night I was there, he managed one hit before he was out trying to steal second. Jordan was attempting to do what no 31-year-old athlete had done before but the media in the States cut him little slack and derided his baseball career as a vanity project. 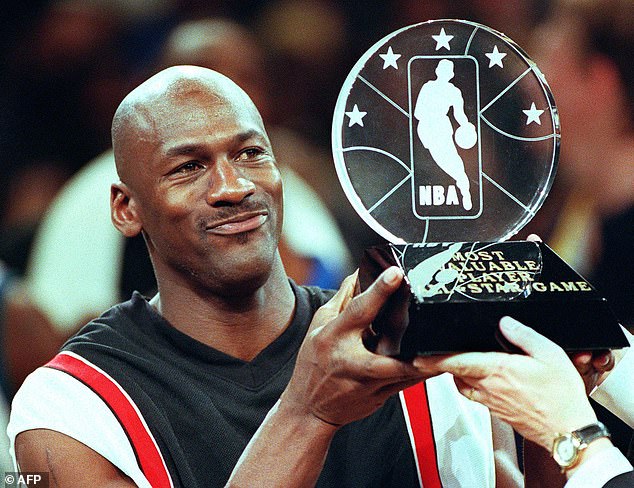 Two months before I got there, before Jordan had even played a league game for the Barons, Sports Illustrated devoted a scathing cover to him. ‘Bag it, Michael,’ the front page headline said. ‘Jordan and The White Sox Are Embarrassing Baseball.’ Jordan never spoke to the magazine again.

I hung around after the game and watched him practise the next day in the sunshine. He zinged one pitch out of the park, over the billboards, and the ball landed, unseen, with a clang. ‘I hit my car,’ Jordan shouted triumphantly. ‘I hit my car.’ The crowds of kids who were watching set off in pursuit of that ball as if it were precious treasure.

As Jordan walked off, I waited by the flight of steps that led down to the changing rooms. He had been blanking the media the last couple of days but I was the only one there and I explained where I was from and asked him if I could have one question.

He looked suspicious but he stopped. ‘What’s the question?’ he said. I asked him something hopelessly vague about why he was trying to make it as a baseball player. 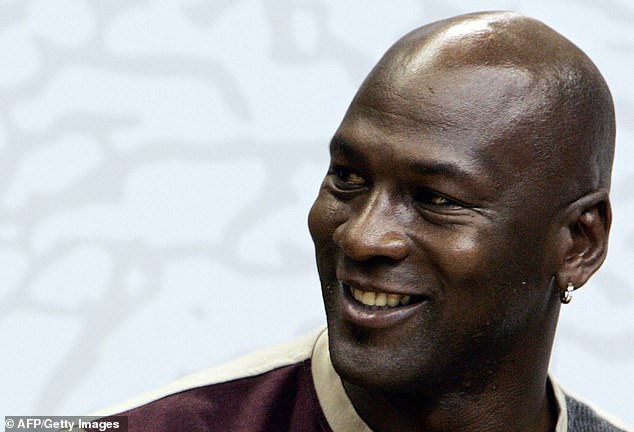 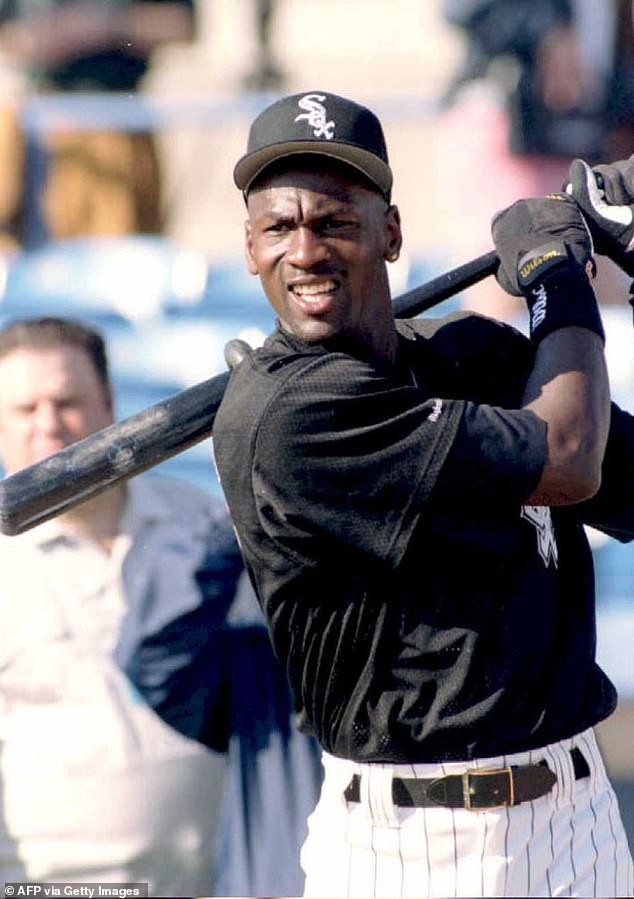 ‘I’m doing something that I truly enjoy and it’s a lot of fun,’ he said. ‘I don’t know what it is about baseball. I grew up with it. I always played it. You can be carried by the rest of the team in basketball but here, you’re alone on the plate and it’s up to you. I love this game. That’s why I’m doing it.’ I loved that about him almost more than anything.

Imagine the courage of that. To abandon the thing you are best at and to try to start again at the bottom of the ladder in another sport, to expose yourself to criticism and to ridicule. That seemed more like humility than vanity to me. ‘I can accept failure,’ Jordan once said. ‘Everyone fails at something. But I can’t accept not trying.’

The next time I saw Jordan playing sport, it felt very different. It was early December 1996, the baseball adventure was behind him and Jordan was in the middle of trying to win his fifth NBA championship with the Bulls when I turned up to watch them play the Milwaukee Bucks at the Bradley Center on the shores of Lake Michigan. 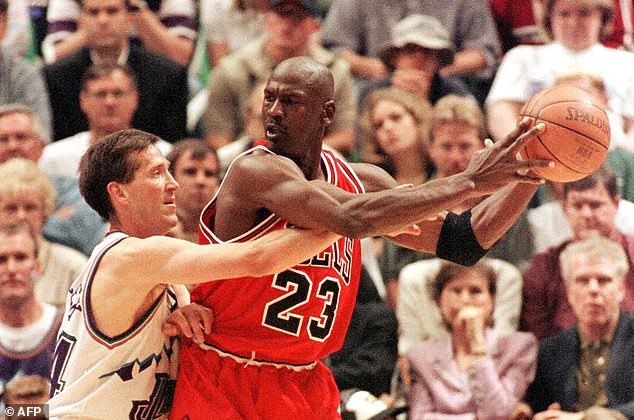 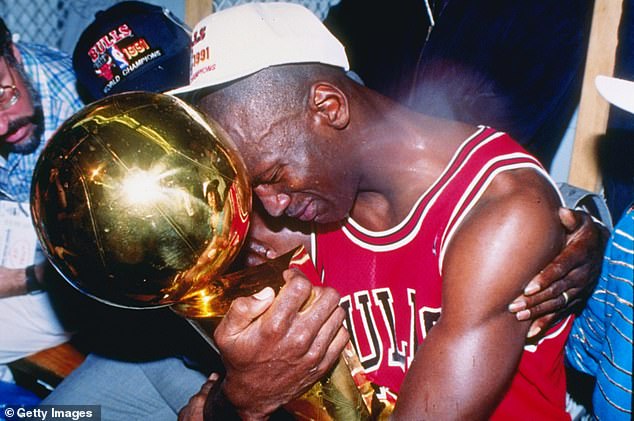 The Bulls had already won 15 of their first 16 games that season. Jordan scored 40 points that night in a 107-104 Chicago victory. Even in a mid-season game like that, he was astonishing. Not just his shooting but his unrelenting intensity and his drive. Every night he played, every single night, he pushed himself to be the best.

Jordan and the Bulls won the NBA finals that year. And the year after, the year of The Last Dance.

Jordan was rarely anything less than mesmerically brilliant but whenever I think about what lay at the core of his genius, I think about those days in Alabama, the man in the batting cage and that mantra: ‘I can accept failure but I can’t accept not trying.’

Weak Emery was a bad fit for Arsenal

In interviews that appeared on Sunday, Unai Emery said: ‘Arsenal couldn’t protect me, I felt alone.’ Sure, I felt some sympathy for Emery when I read that and, yes, I hated the crass and cruel ‘good ebening’ mockery that was aimed at him when he was Arsenal manager.

But I remember other things about Emery, too. Like the way he threw Granit Xhaka under the bus when his skipper was abused by the fans.

And as for ‘Arsenal couldn’t protect me’. Really? After Arsene Wenger, Arsenal needed a strong leader in his place. Instead, they hired someone who wanted a minder to stop the naughty boys picking on him. 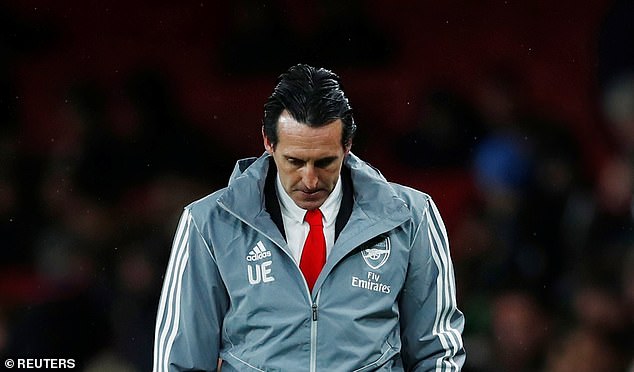 Unai Emery said he needed more protection at Arsenal, but he wasn’t a strong enough leader

Golf came back with a bang last week before a ball was hit.

When Rory McIlroy speaks his mind, there are no filters and his attack on US President Donald Trump was both spectacular and brave.

‘We’re in the midst of something that’s pretty serious right now,’ McIlroy told the McKellar Golf Podcast. ‘He’s trying to politicise it and make it a campaign rally, saying that the US administers the most tests in the world, like it’s a contest. 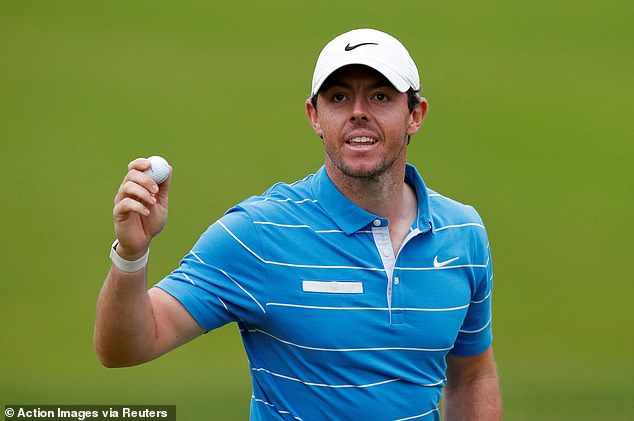 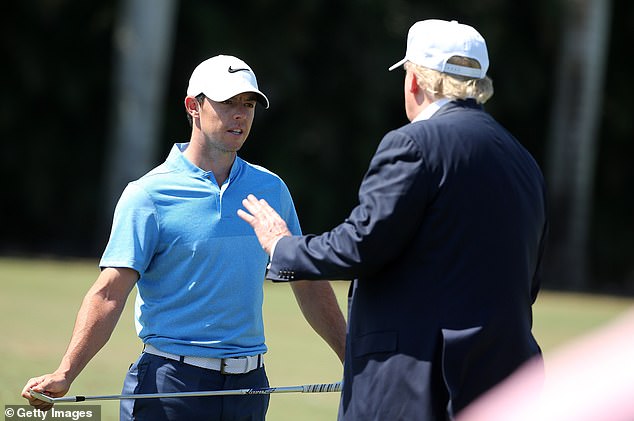 Despite criticism for playing with Trump in 2017, his comments show he is the real leader

‘It’s just not the way a leader should act and there is a bit of diplomacy that you need to show, and I just don’t think he’s shown that, especially in these times.’

McIlroy was widely criticised for playing golf with Trump three years ago so his criticism of the President seems even more pertinent.

McIlroy will lead golf’s return after a two-month hiatus in a televised charity match in Florida today when he plays with Dustin Johnson against Rickie Fowler and Matthew Wolff in a $4million skins game in aid of Covid-19 charities.

After what he said about Trump, he is already the leader in the clubhouse.