Sha’Carri Richardson gave a strange interview following her unsuccessful return to the track.

The 21-year-old was banned for a month after testing positive for marijuana, meaning she was absent from the 2020 Olympic Games.

She made her return at the Diamond League Meeting in Eugene this past Saturday, competing in a very strong 100m field, featuring Jamaica’s sprint trio of Elaine Thompson-Herah, Shelly Ann-Fraser Pryce and Shericka Jackson.

They finished first, second and third respectively in Tokyo and would repeat that feat in Eugene, with Thompson-Herah storming home to take the win in a time of 10.54 seconds – the second fastest time in 100m women's history. 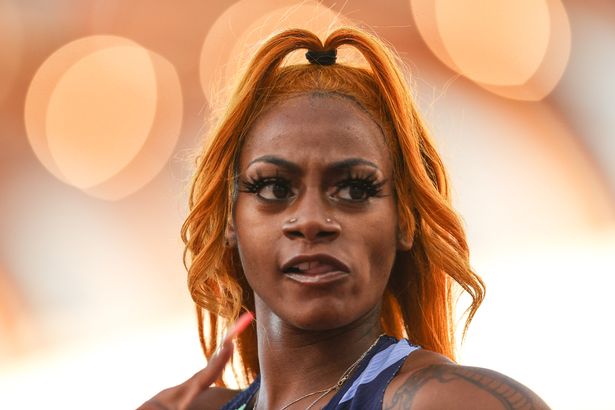 Despite many tipping Richardson to cause an upset and gain a shot at redemption, she finished way back in last place.

Despite the crushing defeat, she was very optimistic in her post-race interview and fired back at her critics with an expletive..

"It was a great return back to the sport," she told NBC.

"I wanted to be able to come and perform. Having the month off, dealing with all I had to deal with, I'm not upset with myself at all.”

She added confidently: "This is one race, I'm not done. You know what I'm capable of. Count me out if you want to, talk all the s**t you want, because I'm here to stay.

"I'm the sixth fastest woman in this game – ever. No one can take that away from me. Congratulations to the women that won, but they're not done seeing me yet, period." It’s back to the drawing board for Richardson, who has her work cut out if she wants to be a contender with the likes of Thompson-Herah, who is now the fastest woman alive.

Elsewhere in the event, Britain’s Dina-Asher Smith finished third in the 200m, clocking a time of 22.19.

The Brit bounced back from the disappointment of Tokyo where she failed to qualify for the 100m final and pulled out of the 200m due to injury.

After the race the 25-year-old took to Instagram and was delighted with her performance.

She penned: "Honestly so happy to have run 22.19w at the Pre Classic on Saturday! As I’m coming back from injury, I was simply looking to get out there and put together a good 200m race and then kinda see where that would get me. Was not expecting a 22.

"I definitely surpassed my own expectations! Excited to keep building into the last few races of 2021."