Former NBA player Richard Hamilton has revealed how basketball legend Michael Jordan traded Laron Profit at the Washington Wizards due to trash-talk on the court.

The popular Netflix series The Last Dance told the story of Jordan’s time at the Chicago Bulls, where he would use any animosity from other players as motivation to win.

Jordan himself would often dish out trash-talk but speaking on All The Smoke on Showtime, ex-All Star Hamilton told a story of Jordan trading Profit due to his mantra on court in 2001. 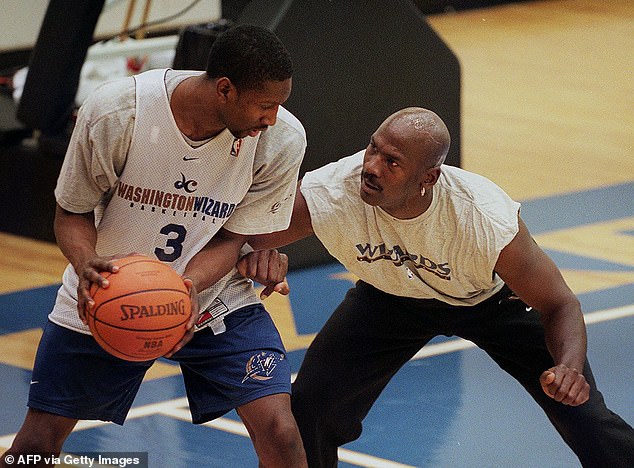 When Profit got the better of Jordan in training – prior to Jordan coming out of retirement again – Profit reportedly said to MJ: ‘You can’t guard me with them old-ass knees.’

Hamilton continues the story: ‘He [Jordan] was heated to the point that when I went to my exit meeting — because he was the president at the time — I went into my exit meeting and he was like, “OK, Rip, you know, your man, your buddy… he’s outta here.

Jordan was indeed true to his word, as he sent Profit and a first-round pick to the Orlando Magic in August 2001, and brought in Brendan Haywood from North Carolina. 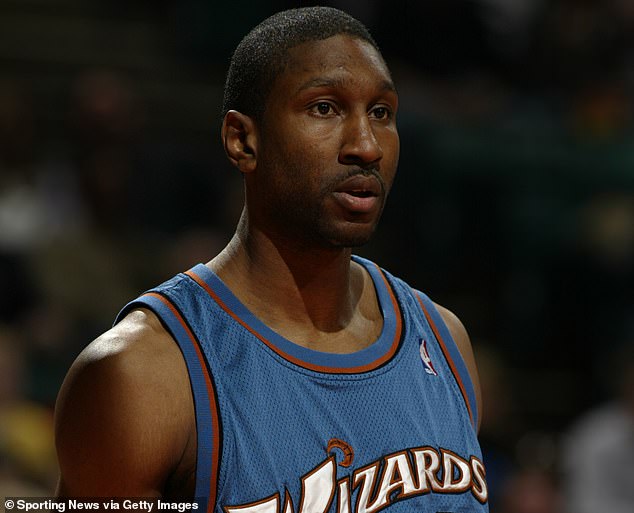 After the trash-talk, Profit was traded by Jordan to the Orlando Magic in August 2001

In the end, it proved excellent business from Jordan, as Profit never played for the Magic whilst Haywood was with the Wizards for nine seasons.

Though Profit’s trade was not solely down to his trash talk, the incident once again shows Jordan’s knack for holding a grudge in the world of basketball.

The Last Dance tells the story of how Jordan took the comment ‘Nice game, Mike’ from LaBradford Smith of the Washington Bullets after a loss, and used that for fuel for the next match.

Jordan went on to score 47 points in the next meeting between his Bulls team and the Bullets.