Philadelphia’s game on Saturday is in jeopardy of being postponed, pending a ruling from the NBA about whether the 76ers can get at least two of seven players in coronavirus protocol cleared to play against Denver, according to US reports.

With the players in the health and safety protocol in the aftermath of Seth Curry testing positive for COVID-19 and other players injured, the team is down to six available players – two short of the required eight needed to play, ESPN reported.

The team sent the contact tracing report to the league, which could rule different clearances for different players, depending on their proximity to Curry, per the report.

Curry tested positive for COVID-19 on Thursday, prompting the team to spend the night in New York after losing to the Brooklyn Nets.

Get NBA news on your phone

Want the latest NBA news, features and highlights on your phone? Find out more

Curry did not play in the 122-109 loss due to an ankle injury. The 76ers were informed of the positive result shortly before tip-off.

Curry spent the first quarter on the bench in street clothes and was seen talking to center Joel Embiid late in the period after the latter came out for a rest with 3:05 left in the stanza. Embiid is among those in the protocol.

The 30-year-old Curry left the bench area at the end of the quarter after being told of the result and was isolated from his team-mates.

It would be the second NBA game to be postponed this season.

Dorian Finney-Smith, Jalen Brunson and Josh Richardson have been ruled out of the Dallas Mavericks’ game Saturday at Orlando due to health and safety protocols after one of them tested positive for COVID-19, multiple outlets reported Friday night.

It’s unclear which of the three tested positive. The others are out for being close contacts. All three remained in Denver after Thursday’s game, an overtime win by the Mavericks, per the reports. 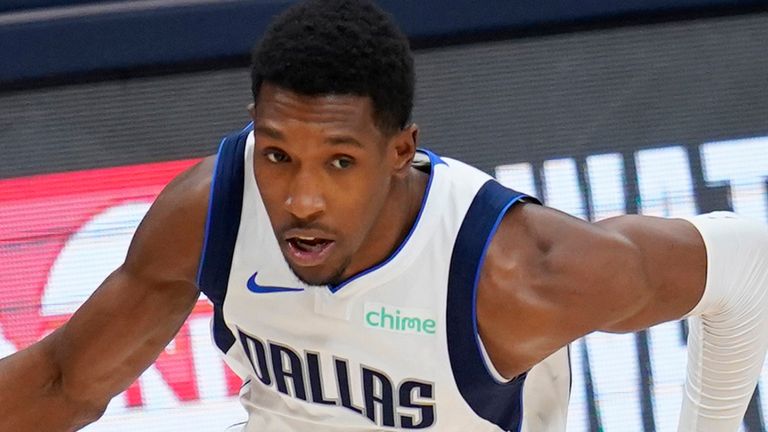 Each player is expected to miss a minimum of three games.

Starters Richardson and Finney-Smith played 41 and 36 minutes against the Nuggets on Thursday night, and Brunson played 19 off the bench. The trio are the Mavs’ Nos. 3-5 leading scorers.

The pair ruled out for contact tracing must quarantine for at least seven days. The player who tested positive must either go 10 days or more after the first positive test or onset of symptoms or test negative twice at least 24 hours apart via PCR testing.

It’s unclear when the players will be able to leave Denver and return to Dallas.

Want to watch even more of the NBA and WNBA but don’t have Sky Sports? Get the Sky Sports Action and Arena pack, click here